I bet when you hear the word “entrepreneurship” you don’t immediately think of the cast of Marvel or DC comics. Rather, your mind probably turns to men and women carrying briefcases, board meetings, and Bluetooth headsets. In reality, entrepreneurship represents an itch to create and serve a larger community, and it is all around us. Even throughout our favorite superhero stories! Some of the most telling examples are listed below.

Spider-Man tells the story of young Peter Parker who develops spider-like capabilities after getting bit by a genetically-enhanced spider. He goes from being a normal high school boy to a hero with superhuman strength, speed, and power. Spider-Man embodies traits that every aspiring entrepreneur needs to have. He is built of courage and trust in himself. He is willing to take risks and leaps of faith. Before Peter Parker could truly accept himself and come to terms with what having powers meant, he had to test them out, put himself out there and be willing to put virtually everything on the line. These characteristics are emphasized in every version of the series. Once Peter does so, his whole life changes in both rewarding and negative ways. But only then does he truly evolve into the Superhero we all know and love—Spider-Man.

Batman and Spider-Man have a great deal in common, including their origin stories. Bruce Wayne is a young boy who comes from a wealthy family. One day, both of his parents get shot by a robber and die. This incident triggered Bruce’s rage and lit a fire inside him—he was hungry for revenge and eager to make a societal change. He chose to devote his life to fighting crime, and eventually became Batman. Batman embodies the solo entrepreneur journey to chase after a dream. Oftentimes, our goals as entrepreneurs are motivated by tragedies we experience in our personal or professional lives. How we respond is in our control, and the true entrepreneurial spirit will look tragedy in the eye and ask oneself: how can I prevent history from repeating itself?

The famous Star Wars franchise tells stories from an array of beings living “in a galaxy far, far away.” The series itself documents the overwhelming power of evil and good and humanizes the elements of light and dark. In the simplest sense, it chronicles the common fight to make long-lasting peace. Luke Skywalker is the main protagonist and son of the primary antagonist, Darth Vader. While Luke serves as a symbol of peace, serenity, goodness, and light, Darth Vader is the complete opposite and is considered the master villain within the galaxy. Early in the series, Luke is tasked with fighting Darth Vader in an effort to restore peace to the galaxy.

The story of Star Wars has common threads of extreme courage, the ultimate sacrifice, loyalty, and acceptance. Every committed entrepreneur should have a firm grasp on these traits. They should be as determined as Luke Skywalker, a Jedi master, and be willing to follow the legendary Yoda’s advice: “Do or do not. There is no try.”

Iron Man, in essence, is a film about bettering oneself. Tony Stark is a billionaire and inventor who is captured by terrorists. He escapes by building an iron suit or armor, and upon returning home, uses his invention to fight crime and bad guys in America. Tony Stark—turned Iron Man—is someone who found himself in a challenging situation with nothing but his own skill, knowledge, and grit, and found a way to create from his limited resources. He has gained it all, but does not really care about other individuals. For entrepreneurs, we have the potential to gain the world, but it is crucial that we hang on to our friends, family, and loved ones.

There are so many entrepreneurial lessons we can learn from superheroes. Who is your favorite? Let us know down in the comments.

Chris Forson is a writer and entrepreneur who cares deeply about the hustle of trying to become an entrepreneur. He hopes in the future to live in a world where his entrepreneurial dream comes true. 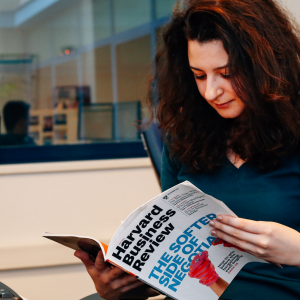 Listen to this article now 2020 is around the corner, and while most entrepreneurs are eager to plan for the...