Many influential non-fiction writers have written about their accounts of immigrating to the United States, the societal struggles when assimilating and their uprooted lives, and the unfair stereotypes they have to deal with. Senator Ilhan Omar, poet Hernandez Castillo, and author Monique Grandy are three influential writers who have focused on their own stories. They have faced incredible obstacles and persevered and worked hard to obtain their versions of their American dreams. In their recounts of their novels, we learn about their emotional turmoil that has made them into the people they are today. Each writer has a different way that they have immigrated to the U.S., and each account shows their struggle but also their growth.

This Is What America Looks Like: My Journey from Refugee to Congresswoman by Ilhan Omar” is an autobiographical novel about her journey of winning the 2019 Minnesota senate election. Ilhan Omar represents many firsts for herself. She is the first Somali-American and one of the first two Muslim women to serve in the United States Congress.

Her story starts from her childhood in war-torn Somalia, where her family flees to Kenya to a refugee camp. Years later, her family achieved refugee status in Arlington, Virginia, where she is faced with many stereotypes and adversity. Her story tells us how she persevered and integrated herself into her community, where she was able to reach her American dream and become the powerhouse woman she is today, serving two elected terms in the U.S. Senate with the most voter turnout Minnesota has ever seen. This story is a powerful read and shows how one woman fought for her dream and became everything that society said she could not.

Children of the Land: A Memoir recounts Marcelo Hernandez Castillo’s journey of crossing the border from Mexico into the United States. As an illegal immigrant, he recounts how he has to live in a society that prejudges, fears him, and treats him as a criminal. As a young boy, Castillo perfects his English to fit into society and go unseen to society. As his story unfolds, we learn that he deals with ICE raids, his father’s deportation, the struggle one endures to find a well-paying job, and the fear and invisibility he faces in the United States as an illegal immigrant.

In an interview with NPR, Castillo states, “it is my hope that with this book, those stories are believed, and not just glanced over. Reading the stories, and knowing about these experiences, knowing how the world is functioning outside of a lot of people’s bubbles should be the least common denominator”. Castillo’s memoir shows what life is like from the perspective of an illegal immigrant. A first-hand account of the trials and tribulations of being an illegal immigrant in the United States.

The Houghly Girl, My Childhood in Jail in India to My New Life in America is the autobiographical account of Monique (Munni) Grandy. Their mother abandoned Munni and her brother Munna on a train in India, where authorities placed them in the local jail where orphaned and abandoned children would reside. Separated when they were adopted, Munni grew up in Minnesota and became Monique.

She recounts growing up in Minnesota on a farm, where she thought her life would be better, and later is on the search for her separated brother. As she is raised in the U.S., she has to assimilate to a new culture, new language, and a new life. Through her life story, she can share the difficulties, the sadness, and the happiness of becoming an adoptee in the United States.

These three writers show the difficulty that they have faced in their own lives to attain their American dream. They have lived through prejudice, fear, and the unknown of each one of their futures. There are many more authors out there that have expressed their struggles with immigration and have their own stories to share. Hopefully, these three stories pique interest and share a glimpse of what it is like for an everyday immigrant to coexist in a country where they face everyday oppression.

Which authors stories interest you the most? Let me know in the comments below!

How Accurate Is The Office Exactly? 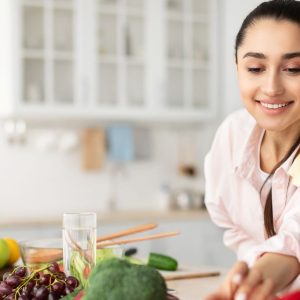 Food delivery skyrocketed when indoor dining was suspended due to the pandemic. Here are the top food startups that will...