Cryptocurrency is a relatively new concept. Because of this, it is unpredictable and risky. Regardless, it is becoming more popular. Think of it as a modern-day stock market. There are several out there, such as Bitcoin and Dogecoin. Dogecoin is a cryptocurrency founded in 2013 by Billy Markus and Jackson Palmer. And yes, it’s named after the Doge meme. In social media news, Twitter deemed April 20, 2021, as #DogeDay. Tesla CEO Elon Musk, Old Spice, and SlimJim play a part in the trend. Here are the basics of Dogecoin/cryptocurrency, highlights from #DogeDay, and why it matters.

What is Dogecoin, and why did thousands hype it up on 4/20?

First, we’ll start by explaining what Dogecoin is and its value. For starters, a cryptocurrency is a “digital currency that can be used to buy goods and services but uses an online ledger with strong cryptography to secure online transactions. Much of the interest in these unregulated currencies is to trade for profit, with speculators at times driving prices skyward,” says NerdWallet. Cryptocurrency is open 24/7, so you can trade day and night, which people often do. Because of this, it can be more turbulent than the stock market. This is how Dogecoin operates.

The founders of Dogecoin started the altcoin as a fun, easy, and relatable payment system. It is exempt from traditional banking fees. Users can exchange it between other users and has a tipping feature. As it evolves, it also becomes more available. You can access Dogecoin through Robinhood and other cryptocurrency exchanges. By naming it after the famous Doge meme, the creators hoped to recruit millennials into a revolutionary way of banking. Like the stock market, what the community puts in is what they get out of it. Social media influences, cryptocurrency, stocks, and #DogeDay are prime examples. However, Dogecoin is different because it started as a joke, hence being named after a meme. But, people hyped it up and now it’s a legitimate thing.

It all started when Elon Musk tweeted about “doge day afternoon” on March 13. Then, on April 13th, SlimJim announced on Twitter that they will sponsor #DogeDay on April 20, 2021. SlimJim did this because its parent company, Conagra, is releasing a new product in honor of the Doge meme. They hyped it up big time—if you’re on Twitter, you saw it. Basically, it’ll be like #GameStonks all over again. On April 19th, one Dogecoin was worth $0.35-$0.39. At midnight (Central time) on April 20, it was worth $0.422. As predicted, the cryptocurrency saw some turbulence throughout the day as shareholders feverishly traded. At noon, the value took a hit and prices plummeted to $0.28 by 3 pm. This resulted in thousands holding their breaths and waiting for Musk to tweet something and boost the coin again. But alas, at 4:20 pm CT, investors started buying in, raising the value shakily throughout the rest of the day.

By the end of #DogeDay, one Dogecoin was worth $0.3272, much to SlimJim’s pleasure. They basically had a Dogeday parade on Twitter. Interestingly, Musk was relatively quiet that day, as he usually tweets about Dogecoin. This may be because if a coin or stock goes up too high too quickly, it could alarm inflation concerns.

So, what now? People shouldn’t forget about Dogecoin after Dogeday. The fact that a rocket scientist, a popular snack company, and several others care about Dogecoin says something. If it could be hyped up more, the value could go up alongside the hype. After all, we could normalize cryptocurrency. If this happened, then crypto would be less turbulent. As a society moving away from traditional banking and looking for advanced ways to invest, cryptocurrency could be the future of financial transactions. For example, perhaps one day we could pay for our DoorDash orders with Dogecoins. We’ll look forward to #DogeDay2022!

You’ve might also heard of Chia Coin, you can learn about that in Chia lot service

Have you invested in Dogecoin? Let us know your experience down in the comments.

Some Business Are Paying Their Employees to Get the Vaccine

Popl’s CEO & COO Give Tips On Launching A Startup

Jada started at discoverGREY as an intern on the editorial team. She passionately blogs about the environment and technology updates, as well as the latest tea. Jada was born and raised in Texas. She attended Texas State University, where she got her bachelor's degree in English in May 2020. Jada loves reading and being outside with her dogs. She hopes to become an editor-in-chief one day. 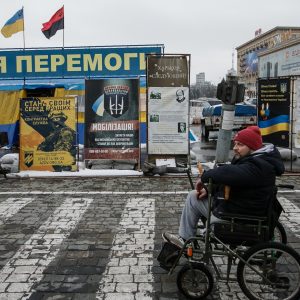 The Russian Invasion of Ukraine: Why Ukrainian Businesspeople are Staying Put

Listen to this article now After months of escalating tensions, Vladimir Putin launched a full scale invasion of Ukraine on...