Want to know something mind boggling? Try to remember way back to the beginning of the pandemic when we all went into fearful lockdown mode…Remember when the government sent out stimulus checks to those that qualified? Well, it turns out that those checks didn’t only get sent out to Americans, but got sent out to non-Americans as well.

Now you may be thinking, “Literally…how?” and the answer is simple. These people have either worked, submitted tax returns or received social security from the United States at some point in their lives. These individuals are considered a “resident alien” which, according to the IRS’ website, is someone who meets either the “green card” or “substantial presence” test. And for most of the people who received a check in the mail, they met those requirements. But for some, it wasn’t that simple and is still kind of hard to figure out why they even received a check in the first place.

A lady who lives in Sweden received a stimulus check in the mail earlier this year and had no clue as to why. She was in no way considered a “resident alien,” but she still received a check. She stated that she didn’t meet any of the IRS requirements to receive a check. She even went to the bank to make sure that it was a valid check, and everything seemed to check out (pun intended). The only thing that she could think of was that she had visited America at some point in her life, but just visiting isn’t a justifiable reason to receive money from a country that you have no citizenship in. If that were the case, millions of people would have received a check, but that didn’t happen. So, what really went wrong?

The IRS says that it was an error within their own system that will hopefully be fixed by the time we receive another stimulus check—if we receive another check. It is speculation that the main reason behind this mistake is because some of these people have either worked part-time or received some sort of money from the United States during their time abroad. It was outdated information in their system that needs a little refreshing, but for cases like the lady in Sweden it is a complete mystery and will continue to be so until we get more information from the IRS itself.

What do you think of the error in the IRS’ system? Let us know down in the comments.

A Tour You Can’t Refuse At The Vegas Mob Museum 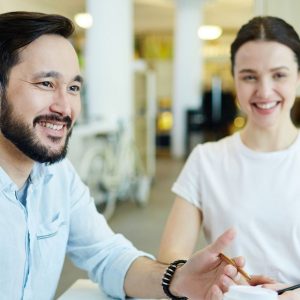 How Companies Can Hire More Diverse Candidates And Address Microaggressions

Listen to this article now We are living in such a surreal time, between dodging COVID-19, and all of the...