By 2021, America’s federal debt will surpass the amount of the entire U.S. economy. Furthermore, the U.S. government is on course to pass the deficit that they faced after World War II. What does this all mean for the US economy as a whole?

Scott Horsley, NPR’s Chief Economics Correspondent, weighs in on the issue. Horsley recognizes that in light of COVID-19, the U.S. government spent trillions of dollars to boost healthcare and the economy. The CARES Act, while costly, was necessary. In order to keep the economy from tanking, the government needed to provide major aid. Still, this impacted the debt load. From paying unemployment to funding rapid vaccine research, a global pandemic is not cheap. Americans were reliant on aid in a matter of life and death. Horsley also highlights Americans are making less money during this time, therefore contributing less in federal taxes.

However, the U.S. has walked a thin line when it comes to the economy for a while now. Last year, the American economy was a trillion dollars in debt with no pandemic in sight. COVID-19 heightened an already well established problem within the U.S. economy.

Alas, Americans should not lose hope. It is crucial that the government does not cut corners now. It is certain that the U.S. government is going to be owing more than they are taking in. Luckily, their borrowing costs are still relatively low and there is still room for spending. In fact, interest rates project to continue to fall in the next few years. There are still a good deal of people willing to aid the federal government in order to deter an economic depression.

For this reason, the U.S. government must tackle the issue at hand first, COVID-19, and deal with their debts later.

What do you think about the U.S. government debt? Let us know down in the comments.

Why There’s A Rise Of Tech Startups In Latin America

Is the FIRE Movement Viable for Entrepreneurs? 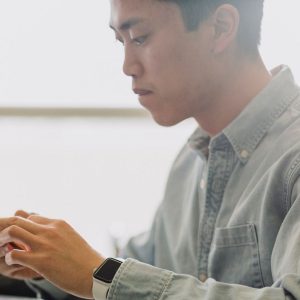 Stop Being Fake And Plastic: The Global Shift To All-Natural Products

How conscious are you about what’s in your daily products? Or, if you’re an entrepreneur, do you think about your...