The pandemic brought forth a lot of interesting and lucrative trends with collectible card games (CCG) and trading card games (TCG) being a couple of them. This resurgence of CCGs and TCGs has brought collectors out of the woodwork making the market relevant again. As a result of this spark, eBay released a “State of Trading Cards” report noting how in 2020 the platform has seen a 142% growth in their trading card category. In the report, eBay also stated they have sold 4 million more cards compared to 2019.

Contents
Understanding PSA Grading and PricesCost of Getting Your Cards GradedThe Grading Process of CardsDifferent Types of Collectable Card GamesBasketballBaseballPokémonMagic: The Gathering Who Would’ve Thought?

In order to understand this resurgence of the beloved collectible card games, we must look at how cards get priced and graded by Professional Sports Authenticator’s (PSA) and also look at specific card’s that collectors should consider investing into.

Cards within a particular CCG and TCG aren’t just randomly priced by random people. That is to say, there is a method and strict guideline policy implemented by the PSA. So, I asked a friend, colleague, and former PSA Research Specialist, whose identity is concealed for legality purposes, about the cost of getting cards graded, the strict process of grading, and how he grades the cards. To clarify, PSA Research Specialists identify CCG and TCG’s through means of personal databases by proving its authenticity from the sender that’s it’s not a fake piece.

Cost of Getting Your Cards Graded

The Research Specialist told me that “the value begins at $20-$50 per card, but you won’t see that card(s) for a while with the current boom of cards, so about 5-6 months or longer.” It also depends on how many cards someone submits. So, say that a person submits 500 cards or more, they’re going to wait longer than that and spend over a grand for the service.

Also, there are several different tiers of services provided by the PSA for someone to get their card(s) graded. The Research Specialist says there are “services like Express that start at $150, Super Express is $300, Walkthrough is $600.” And this isn’t even the end of the services where some start at $3,000-$10,000! So, you can see that to even make a quick buck off your cards you’re going to already have a few bucks saved up for this investment. It is important to note also that these services all have a maximum declared value cap as well. For example, say you choose Express, and your card is worth more than its cap at $999 – well, that’s how much your card is going to get quoted unless you move up to the next tier to get a proper price value for a fee.

The Grading Process of Cards

Understanding the process of how your card gets PSA graded is important to the cost of how much you’re going to spend. According to the Research Specialist, “for a PSA 10, we’re looking for sharp corners, sharp focus, and the gloss to be pristine.” The other factors he included in this breakdown were “no stains and the image must be centered on the front and the back.” He then got into specific card genres by saying “if we’re talking about CCG’s or TCG’s it’s a literal laundry list of other specifics.”

When asking him more about the specifics of the grading process he told me, “the process can’t really be discussed in detail because of the other competitors. I don’t want to give away our secrets but it’s a process that goes through two graders.” Fair enough.

He did mention, however, “you’re not just looking at the corners and stains, you’re looking at the card on a microscopic level to see the minor details that won’t be found by the naked eye.” So, as we can see there is a lot that goes into grading in terms of cash and inspection.

There is a multitude of collectible card games out there. So, which one would be the best bang for your buck when looking to invest?

Pick your poison! Is it basketball? Maybe baseball? Perhaps it’s Pokémon? Or possibly it’s Magic: The Gathering? Below we’ll look at some of the most notable cards of these categories that collectors of these CCGs and TCGs rant and rave over.

According to eBay’s trading card report, nearly all sports cards saw notable growth in 2020 with basketball at 373%. Therefore, allowing the market of basketball cards to be graded per year has increased 12,800%. With that being said, let’s look at a few notable trading cards worth adding to your collection. These player cards have seen a recent surge in popularity on eBay and third-party auction houses alike.

According to Beckett, this 1986-87 Michael Jordan Rookie card has been submitted to PSA more than 18,000 times. Apparently, there have only been 316 of those cards that have received grades of GEM-Mint 10. The price range for this card currently sits between $375,000-$550,000 per card depending on their conditions.

According to ESPN, Bryant cards have seen a 600% value increase after his death back in January 2020. Recently a 1996-97 Topps Chrome Refractors #138 Kobe Bryant Rookie Card — BGS PRISTINE/Black Label 10 sold for $1,795,800 at auction. This card is just one of two in the world according to Goldin Auctions – the auction house that held an auction for this card. Apparently, an exact copy of this card was sold on eBay for $58,100 in March 2016.

A BSG 9 (mint) 2003-04 Upper Deck Exquisite Jersey Patch Parallel autographed card of LeBron James card numbered out of 23, was privately sold for $5.2 million with PWCC Marketplace. According to ESPN, this card now holds a record as the most expensive basketball card ever sold. Apparently, LeBron cards are worth over $10 million, but collectors simply don’t want to part with them.

Baseball cards have been one of the most popular CCGs of all time. This notable sub-genre of CCGs has been around since 1886 and still has some of the most die-hard collectors of all time. With that being said, below are a few notable players that collectors will go to great lengths to get their hands on.

The T206 Honus Wager 1901-11 PSA 2 card sold for a whopping $3.7 million. According to Goldin Auctions, this price was the highest ever for that card. Another low-grade version of this card sold for $1.4 million back in November 2020. Wagner also played shortstop for 21 years (1897-1917) and has been inducted into the National Baseball Hall of Fame in 1936.

The 2009 Bowman Chrome Draft Mike Trout Superfractor autograph BGS MINT 9 sold for an impressive $3.9 million via Goldin Auctions last August. The autograph itself received a 10 from PSA. As a result of it’s grade, this card beats the previous world record of Wagner’s card that was mentioned above.

A 1952 Topps Mickey Mantle GEM-MT 9 (no 10’s has been found yet) card clocks in at a high $5.2 million. That is to say, the Mantle card was the most expensive ones in history until recently dethroned by the LeBron rookie card mentioned above. Though this card is certainly not one of the rarest cards, it is one of the most iconic. Most importantly, the Mantle card is responsible for helping launch the CCG hobby.

Pokémon is a game that will always stand the test time. The TCG that evolved back in late 1998 and has shown no signs of declination with the countless video games, shows, and movies still being made today. For instance, the global Pokémon card market cap is priced at $426.6 million to this day in 2021. According to eBay, Pokémon trading card sales increased 574% from 2019-2020. This TCG holds the number one spot on eBay’s trading card categories. That is to say, below are some Pokémon cards that hold the highest value ever sold.

In October 2020, a PSA GEM-MT 10 copy was sold for $150,100 by PWCC Auctions through eBay. Families were pitted against other families with the parent and child teams who racked up the most wins were awarded the Kangaskhan promo card. As a result, the card was given out in Japan following a parent-child Pokémon tournament held in 1998. Notably, there are only 11 GEM-MT 10 copies of the card out there with a combined value of over one and a half million dollars.

This card once held the spot for the most expensive Pokémon card ever sold ($233,000). What makes this card so special is that it cannot be found in a pack. Rather, this card was handed out to winners of an illustration contest held by the Japanese monthly manga CoroCoro in 1998. Only 39 copies of the card were ever printed with only 12 known to be in good condition. Three of these cards were rated 9 by PSA. In other words, this means that if the only existing GEM-MT 10 were to ever go to auction it would likely reclaim the top spot dethroning Charizard.

The current record holder of this card comes from Goldin Auctions, who sold a copy of the card for $399,750. Therefore, this sale made the card the most expensive Pokémon card ever sold. According to the PSA website, there are only 54 GEM-MT 10 copies of the card in existence, showing the value. We also have to remember that this card was produced in high volumes that there are probably hundreds, if not thousands more waiting to be discovered!

Magic: The Gathering (MTG) is one of the most renowned TCGs on the planet. The card game has evolved from traditional tabletop gaming to digital avenues within the last few years. According to Hasbro’s latest earnings report, 2020 was officially the best-selling year ever in MTG. The card game brought in a $581.2 million increase of 27% compared to 2019. Below are some of the cards that MTG players would love to have their hands on.

This is a rare Artifact card printed on MTG’s Alpha and Beta editions (the first and second printings of the original core set). A GEM-MT 10 sells for up to $18,000 in 2021. I guess sapphires in card form are also worth a pretty penny. Certainly, this card is a magnificent addition to any MTG player’s collection out there.

This Instant card is sought after not only for its ability of card drawing but also for its rarity in printing. It is important to note that this card was printed only in the Alpha and Beta set of Magic similar to the other cards on this list. This card at a GEM-MT 10 has sold roughly for $20,000 in today’s market.

This card is the most sought-after Magic card for this powerful effect. In addition to the effect, the value of this card comes from the game’s 1993 Alpha set (the first print of MTG’s original core set), signed by illustrator Christopher Rush. That is to say, the card at a GEM-MT 10 has sold for a lump of $511,100 in an eBay auction at the beginning of 2021. Also, a fun fact about this card is that it’s earned a spot on the game’s Reserved List – a selection of cards that will never be reprinted, keeping the price high on the resell market.

Above all, trading cards take us back to a more simple time. Remember back in the day when you’d get with your pals to trade cards? Not knowing that the Charizard you just traded might be worth about $300K in the future? Well, the future is now ladies and gentlemen! So, next time you open a pack of your favorite CCG or TCG, make sure to check the market price for the resell value before you allow it to become too used and worn to sell.

Have you flipped any cards from your personal CCG or TCG? Let us know in the comments below!

10 Marketing Tools To 10X Your Marketing Reach And Speed 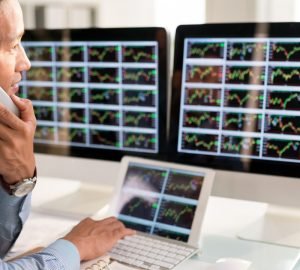 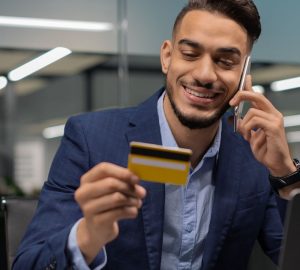 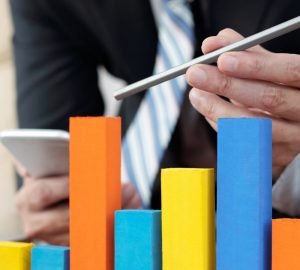 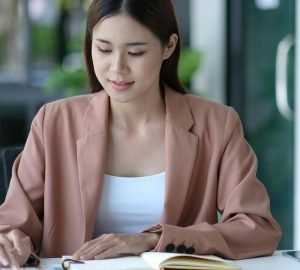 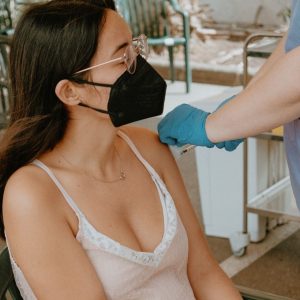 Why Pfizer CEO's $5.6M Post-Vaccine Stock Deal Is So Sketchy

Listen to this article now On November 9, 2020 Pfizer announced that it had produced a vaccine that is 90%...