As a rule, investors are savvy people. And since you are, let me pour out two facts and I’ll leave you to do the math. As of 2020, the estimation on marijuana spending was $29 billion. 2024 projections show an increase to $63.5 billion (a compound yearly growth rate of a whopping 21%), and its worth increased to $150 billion within a time frame of 10 to 15 years. As I said, investors are savvy. They know better than not to join the investment early enough (ten years ago, $100 was all you needed for you to be Bitcoin wealthy now. Don’t make the same mistake twice).

How can you be sure that marijuana is a reasonable investment?

Increased recognition of the marijuana industry

A few years back, marijuana was illegal in most parts of the world regardless of whether it served medicinal or recreational purposes. The tide has been evolving from strictly illegal to somewhat unlawful, depending on various factors. Taking the U.S., for example, the use of marijuana for medical purposes has been embraced in a large number of states. However, you might think that it’s in the U.S. alone. Wrong. Other countries, at least 30 of them, have been reported by global cannabis news to have their boots in the same boat. This legalization resulted from discovering that a chemical component in marijuana known as cannabidiol can ease epilepsy and relieve the subject from elevated inflammation, anxiety, and insomnia.

In states where marijuana is not yet legal, the pressure from the neighboring states is gradually changing the stance on this decision, as seen lately, which only increases the marijuana market size. As if that is not enough pressure, over 68% of Americans support the legalization of marijuana, which is at its all-time high. Might the ruling party want to stay in office, it has to bend to the majority’s will and legalize marijuana. The government will surely get its share from marijuana taxation (as a consequence of eliminating the cannabis black market) and open up new job opportunities, which gives it all the more reason to legalize it.

Canada, one of the places where marijuana is allowed without so much restriction, has cannabis companies on the country’s market exchange for people to dig into cannabis investments. Some of the businesses that deal with marijuana feature in the U.S. stock market. As years go by, more companies open to cannabis investments will list in the stock markets. Hard as it may be for a company to hit growth every quarter, it seems pretty easy for the cannabis industry. Taking the case of Scott Miracle-Gro, the company has reported an increase in their revenue with 28% to $1.5 billion just in the third quarter of the year 2020. Its subsidiary boosted the growth with an intense focus on cannabis investments — this subsidiary recorded a 72% increase in its sales to a little more than $300 million.

Canada’s leading marijuana producer showed its skin in the game by giving its investors a 22% yearly revenue increase as of the first quarter of 2021. Canopy Growth has then added to its financial portfolio 50% more as per the first quarter.

It is worth noting that by October 2020, according to Canada cannabis news, the sales of cannabis had hit $270 million, factoring in the initial stock plummet.

The other companies that exist in states with enforcing laws against marijuana and cannabis investments have managed to bring in exciting numbers; one like Green Thumb Industries, which has its headquarters in Illinois (Illinois legalized marijuana on January 1, 2020) and spread out in a few states, has gathered a net revenue growth of 167.5% yearly.

States which have legalized the use of marijuana (for both recreational and medical use) are recording great numbers. A state like Colorado had sales of over $200 million in June and a 13.8% increase in July to $226.4 million. As such, cannabis has gone further on to be listed as an essential item either due to the sales or as causative. Illinois, one of the latest states to make marijuana legal and permitting cannabis investment, increased its marijuana sales from $61 million in August to $63.9 million in July. These trends only serve to prove one point: the demand for marijuana is not heading downwards. The sales of weed and high-yield seeds for growing it continue to increase steadily.

Weed stocks are worth investing in. With that in mind, you want to invest just the right way to ensure the sustainability of your investment and its growth. You are investing in a way that you are almost sure that the decision you make right now will give you an edge over other investments that you could have made.

Step by step approach of investing in marijuana

Properly distinguishing between the types of marijuana products

As mentioned, there are two applications of marijuana:

Of the two, medical marijuana is highly legalized across the U.S. and in 30 other countries.

The three primary types of these stocks are:

Coming to terms with the risk involved in marijuana stocks investing

Many companies in the marijuana market have not yet hit their profitability levels. This may force them to issue new shares to raise funds necessary to carry on with operations. As a consequence, the value of the present shares gets diluted.

Since marijuana is illegal at the federal level, the related companies might lack the funding they desperately need from financial institutions for growth.

There have been bold growth strategies implemented by companies in the marijuana market that rely on the projection of the marijuana industry. This could be problematic if the supply and demand are out of balance and the supply is greater than the demand. It could only mean that the companies would have to lower the price of marijuana and eventually the companies’ stock prices.

Understand what to be on the lookout for in weed stocks

The steps you should implement are:

You may want to categorize this analysis by type to make it easier — Cannabis growers and retailers, Biotechs, Ancillary providers, and ETFs.

Which cannabis companies should you invest in?

To break down the rationality of investing in the above four companies:

There are other companies that are worth putting into your portfolio.

Trulieve Cannabis is one of them. It primarily focuses on Florida medical marijuana market and a 50% market share. Trulieve Cannabis reported revenue of $136.3 million, representing an increase of 13% from quarter to quarter. Trulieve, after that, aims to make its impact in the cannabis industry in Massachusetts as a recreational product.

Innovative Industrial Properties (IIPR) is a REIT (Real Estate Investment Trust) that acquires facilities for medical use in the U.S., especially since cannabis is illegal at the federal level and companies cannot obtain funding from banks and financial institutions. IIRP reports third-quarter earned revenue of $34.3 million (a 197% year-to-year increase)  as of November 17, 2020.

Should you invest in the cannabis market?

It is, however, worth pointing out that just as you do with regular investments, so should you with cannabis investments. It is critical to stay updated on the latest news on marijuana and updates in the market.

Have you invested in the cannabis market? Let us know down in the comments.

How Domain Names Affect SEO And How To Upgrade Yours 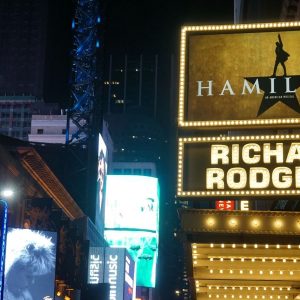 Broadway Returns After 18 Months Of Closure, But Will Anyone Come?

Broadway is coming back after an 18-month hiatus due to COVID. NYC's tourism industry hopes that this will attract more...