Usually this time of year, you might be looking at the hottest selling items to try and figure out what to get that special someone for Christmas. However, the best selling item of 2020 is turning out to be not something you’d expect. Good news came last month when Pfizer announced that their vaccine is 95% effective against the coronavirus. In order to make sure the enzymes in the vaccine don’t break down, it needs to be stored at -70°C. This is seven times colder than what the FDA recommends a freezer’s temperature should be set to. The extreme cold requirement makes distributing the vaccine difficult, but Pfizer CEO Albert Bourla says they have developed a special box that can keep the vaccine at the temperature it needs to be without the use of a freezer. Because of this, the vaccine can be transported wherever it needs to go in any vehicle.

However, Pfizer’s freezers are not available to just anyone. Hospitals and manufacturers need to buy special freezers of their own to keep the vaccine cold enough while it is distributed. These freezers cost over $30,000, but in spite of their price, they are still selling rapidly. In addition to hospitals, government officials and employers like Ford are snatching up these freezers to ensure their employees can get a vaccine. Dan Hensler, Vice President of So-Low Environmental Equipment, told CNBC that production of their freezers has been crazy in order to keep up with consumer demand. Their stock has been depleted greatly and orders are taking 6 to 8 weeks to fulfill.

What’s also unfortunate is that hospitals with cheaper funding may not be able to afford these ultra cold freezers, says Alan Morgan, CEO of the National Rural Health Association. Almost half of rural hospitals in the U.S. have been operating at a loss since before the pandemic even began. Unless another vaccine that does not need to be stored at such cold temperatures is released, poorer hospitals may not be able to distribute Pfizer’s vaccine. Albert Bourla has stated he believes the American government will distribute the vaccine to frontline workers first and then to the most vulnerable populations second. Pfizer expects to have enough of the vaccine to reach 25 million people per year, but only half will go to the U.S. The other half will be distributed to other populations across the world. With Moderna also developing a vaccine that needs to be kept at similar temperatures and freezer manufacturers struggling to keep up with demand, we can only hope distribution of a vaccine doesn’t come to a halt.

Do you think manufacturers can produce enough freezers to keep up with 2020 demand? Let us know down in the comments.

How BTS Won Over the World

Small Businesses In New York Are Not Having A Merry Christmas 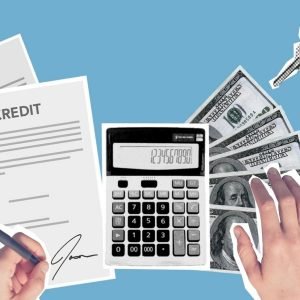 Before taking the plunge on entrepreneur debt, there are eight important things you need to keep in mind. First work...