Update: This ICE policy has now officially been rescinded by the Trump administration, making it a short-term victory for the international student community. However, the ideas expressed in this article regarding the extreme positive impact immigrants have on the American economy continue to stay relevant as tighter immigration laws proposed for the future will threaten the entrepreneurial spirit of the U.S.

ICE’s 6th July announcement modifying the regulations applicable to international students currently residing in the United States has received mass condemnation on social media and otherwise. It has even incurred immediate law suits from several top universities in the country including Harvard, MIT, and Northeastern. Yet another in a consistent chain of attempts by ICE to close the borders of America to immigrants, this recent move is set to displace the lives of thousands of students. In this article we examine the potential economic causes motivating this move and the future implications of it not only on American universities, but also the country’s larger economy and entrepreneurial spirit.

The international student community in the U.S. contributed $45 billion to the U.S. economy in 2018 alone. According to NAFSA, between 2018 and 2019, they also supported 460,000 American jobs, not only in higher education, but also in accommodation, retail, transportation and health insurance. These statistics make it starkly evident that international students monumentally stimulate the American economy in avenues ranging from universities to healthcare.

However, in light of COVID-19, educational institutions across the country were forced to shut their doors and switch to an online mode of teaching. This meant massive losses for universities who had to refund the costs of room and board as well as food and additional fees to students departing their campuses. For example, Michael Hansen, the CEO of Cengage asserted that “The University of Wisconsin at Madison is estimating a $100 million loss due to COVID-19 impacts, which does not include potential lost revenue from lower enrollment in the fall.” All this clearly points to a worsening economic crisis for educational institutions many of which lack the endowments necessary to recover from the pandemic.

What the Announcement Implies in the Short-Term

The new regulations make it illegal for an international student to continue staying in the country if they are attending only online courses. In light of the fact that many governments are not accepting people flying in from the United States, this would leave thousands of international students stranded; rejected by both their home country and their resident country. In a situation where the student cannot leave the US, they must shift to a different institution conducting in-person classes or be deported. This move has forced universities that had declared intent to completely move to online courses, to backtrack and allow in-person classes to protect their students. Additionally, the clauses for colleges moving to hybrid or normal in-person modes of learning create the result where international students outside of the country are forced to return to campus or risk postponing their academic progress and having their SEVIS records terminated.

As colleges face lower enrollment rates of international students due to the health crisis in the U.S. as well as difficulties in obtaining visas and flights, the amount of money coming in is predicted to drop even lower. Thus, it seems that the ICE announcement served the purpose of forcing reluctant universities to open up and hesitant international students to return so as to generate the promised revenue. Even in the midst of unprecedented rising rates of COVID-19 infections within the U.S. and globally, the sheer cruelty of this move intended to generate income on the backs of international students is astonishing.

The Results of this Announcement in the Long-Run

In recent years, the higher education industry in the U.S. has faced a tough struggle with regards to admissions, due to the rise of increasingly competitive universities in Canada, New Zealand, Australia and other states. As international students progressively shift towards countries that provide better aid and cheaper tuition for equally reputed educations, ICE’s hostility towards international students is bound to affect U.S. admissions further in coming years. However, since international students pay significantly more than domestic students, a decline in international enrollment will inevitably lead to a rise in tuition and additional fees for American students so that the colleges can make up the deficit somehow.

Although it may seem that this announcement will inadvertently benefit America’s crashing economy in the short term, it is bound to create greater harm in the long-run. Moreover, New American Economy found that 45% of all Fortune 500 companies in the U.S. were founded by immigrants or their children. These companies contributed $6.1 trillion to the American economy and employed close to 13.5 million people. Thus, it is clear that moves like this announcement that limit immigration will also significantly damage the entrepreneurial spirit that drives America forward. Protecting international students and immigrants is therefore clearly in the best interest of the American economy.

What do you think about ICE’s new immigration legislation? Let us know down in the comments.

3 Things That Elevate You From Author To Business Mastermind

How To Be Authentic Like Walter Mercado, Con Mucho Mucho Amor

A Creative Writing and Political Science major, Aditi is a junior at Knox College. With a keen interest in journalism and publishing, she has played the role of Editor-in-Chief of her school's newspaper and also interned at the oldest continuously published literary magazine in America. She's also a big history and activism buff and hopes to use her skills for good someday. 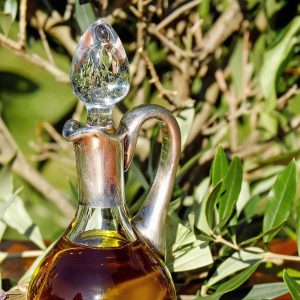 live oil has been used in skin care long before we were born (most notably by Cleopatra). GREY uses olive...