Sneakers have always been a defining piece of every man and woman’s attire in the streetwear culture. It wasn’t until recent times with the rise of sneakerheads that a sneaker became a lucrative side-hustle for many people around the globe. Sneakerheads’ main objective is seeking out rare pairs that not many people can get their hands on. As a result, the owners of these sneakers could generate anywhere from a small $1,000 to a whopping $1.8 million in revenue off of just one pair of shoes alone.

Cowen Equity Research says that the sneaker market could be worth $30 billion by 2030. Crazy numbers for something that we wear on our feet. To understand the craze even further we’ll look at some of the world’s most coveted shoes. Also, by elaborating further on the resale market we’ll get more insight into what makes these sneakers so valuable, to begin with.

The Hype of the Sneaker Resale Market

You’re probably sitting there wondering why the hell something like shoes matters? Well, we’re entrepreneurs here, right? The sneaker resale market boomed during the pandemic giving kids and adults alike a side hustle to keep food on the table and a roof over their heads. In February 2021, research firm Piper Sandler estimated the market was worth an eye-popping $10 billion — a $4 billion increase from 2019.

Sneakers, similar to stocks have their highs and lows. For instance, on April 19, 2020, ESPN and Netflix began airing “The Last Dance,” a 10-episode documentary about Michael Jordan and the ’90s Chicago Bulls dynasty. As a result of the show being aired, the interest in Air Jordans skyrocketed! When the documentary aired, there were Air Jordans that hadn’t moved for months or years instantly wiped out overnight. The hottest pair? Black and red Air Jordan 14s, a.k.a. “Last Shot 14,” which the Bulls’ great wore during the 1998 NBA Finals against the Utah Jazz.

Previously they were selling for $200, with a retail price of $190, but after that episode aired, it spiked to $350 or $400. Nike has many different categories of sneakers, some of them with high prices. If you want Nike sneakers and your budget is limited, you should check out the cheap running sneakers category of Nike sneakers.

The Most Expensive Sneakers Ever Sold

This sneaker in particular is to celebrate the skateboarding culture and its impact around the globe. Nike collaborated with French painter Bernard Buffet to create limited bespoke pairs for its White Dunk: Evolution of an Icon exhibition in Paris in 2003.

With only a few pairs around in existence, this one sold for $20,000 on StockX.

To conglomerate the opening of his restaurant Wahlburgers, actor Mark Wahlberg collaborated with Nike to release this limited-edition pair of Air Jordan 4’s in 2018. The shoe’s color pattern is inspired by the restaurant’s theme and a Wahlburger logo so neatly embroidered on the tongue of the sneaker putting the icing on the cake.

With only 30 pairs of these Jordan’s made, making the value increase, even more, StockX sold it for $26,000.

Released back in 1985, these shoes were designed to wear while playing basketball. But, the Nike Dunk’s popularity with skateboard culture led to the launch of the Nike SB line in 2002.

Designer Jeff Staple only made 150 of these shoes released in 2005. As a result, the crowd for these shoes had gotten so out of control that the New York City Police had to be called in to keep things in order. Also, the police made sure that those who purchased the shoes got home safely.

This shoe was made famous by Michael J. Fox’s character Marty McFly in 1989’s sequel Back to the Future II. Once thought to only be a piece of fiction, this self-lacing shoe was eventually given a proper release in 2011. Only 1,500 pairs were made to the public to benefit the Michael J. Fox Foundation for Parkinson’s Research. As a result, they immediately became one of the company’s most popular releases.

This model sold for a total of $50,000 on the online marketplace StockX.

This shoe is so exclusive that it was never put into any form of production. But, it serves as a placeholder of what the mogul would become today in 2021. The sneaker is signed by West himself and has been the only person to ever wear them before modifications were made for the final product to be released later on.

A private buyer bought these shoes for $50,400 at Sotheby’s through winning an auction.

In 2005, highly renowned rapper Eminem and Nike collaborated to create a distinct blue, red, and black Nike Air Jordan IV. The shoe was designed for the release of the rapper’s 2004 album Encore. So, with this being a rare occasion, only 50 pairs were made with the majority given only to family and friends.

Nike did sneakerheads justice by re-releasing the model back in 2017 accompanying the release of Eminem’s ninth album Revival. The catch? Well, they wouldn’t be getting a proper retail release. According to StockX, only 23 pairs of the 2017 version were produced. The 2017 model had some minor alterations done to it. A sneakerhead can easily see a slightly lighter shade of grey on the heel and a model on the 2005 version.

Based on an episode on the HBO hit show Entourage, this pair of shoes was once just a piece of fiction. Particularly in season three of the show, one of the characters, Turtle, needed some trainers. The character stumbles upon fictional artist Fukijama, who sells him an exclusive design that only had one pair.

As a result, Nike physically created a real pair for the scene. The final product, a gold version of the famous Air Force 1 sneaker, becomes highly coveted due to the show’s popularity. Sotheby’s auctioned the shoe in March 2021 for a nice $88,000.

Back in 2019, a sneakerhead by the name of Miles Nadal dropped a nice $437,500 in a Sotheby’s sale for the first hand-made sneakers Nike ever made. This legendary sneaker was designed by Nike co-founder, Bill Bowerman, for runners competing in the 1972 Olympic Trials with only 12 of these sneakers made in existence.

An interesting fact about this shoe is that Bowerman used his wife’s waffle iron to create the first prototype of the sole, hence the name of the shoe.

It’s undeniable that Michael Jordan had an impact on popular culture. Notably, Nike’s collaboration with the super-star athlete is still one of the most lucrative ones today. Also, in 1984, Jordan was the first athlete that Nike gave a signature line of shoes and clothes. Similar to the kicks sold by Christie’s, this pair is also autographed and sold for a whopping $560,000.

In 2020, auction house Christie’s sold this exclusive pair of Nikes worn by Michael Jordan himself. These shoes became the most expensive trainers ever sold at a grand $615,000. Also, I can’t forget to mention that this pair is autographed and worn during a 1985 game. A fun fact about these kicks is that it’s said that there is a shard of glass lunged in the sole from the match.

Finally, is the grails of all grails, the Air Yeezy 1. West has made countless shoes, but this highly coveted Yeezy is now the most expensive sneaker ever sold at $1.8 million by Sotheby to RARE’s. What makes the shoe so expensive is the fact that West wore these during his 2008 Grammy Awards performance.

The Grammy Air Yeezy samples were built-in Nike’s lab, known as the “Innovation Kitchen” at the company’s headquarters in Beaverton, Oregon. Apparently, Mark Smith kept the sneakers so low-key that he gave the shoes to West for the Grammys with the condition that they would be returned as soon as possible following the performance. Looks like West held up his end of the bargain.

If the Shoe Fits

The shoe marketplace is a booming market and doesn’t show any signs of declining. I myself am an avid sneaker collector, but do not own a shoe worth as much as the kicks mentioned above. The hustle is real and it isn’t easy catching a W on the SNKRS app when the next hottest shoe drops. Sneakers are an amazing thing and the hype isn’t dying anytime soon. Who would’ve thought that the market for something that you wear on your feet would be so lucrative?

Have you flipped any of your personal sneaker collections? Let us know in the comments below.

3 Women Who Are Killing It In Male-Dominated Industries 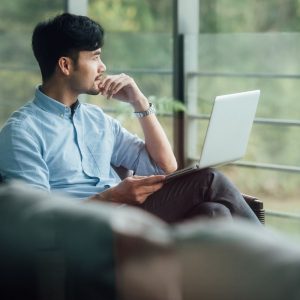 Personal Branding – A Secret Weapon for All New Graduates

Listen to this article now hen you set up your profile on the linkedIn, being excited to looking for a new...