Was there any greater news this year than when it was announced the first vaccines shipped out this week? Most of the world has been waiting with bated breath for news like this since March. However, now the question becomes, who gets the vaccine first? With over 16 million coronavirus cases in the U.S. alone and Pfizer only producing enough to reach 25 million people worldwide, there is a very limited supply for such a high demand. NPR‘s Stacey Vanek Smith spoke with Dr. Alvin Roth to find out what the United States’ game plan could be.

Dr. Roth is a professor of economics at Stanford. He won the The Nobel Prize in 2012 for creating a way to connect kidney donors with those in need of transplants. Currently, he works as an economist centering around game theory and analyzing the rules behind market design.

Dr. Roth says the American government has to do what is best for the collective group, not just what is best for individuals. He compares it to having an organ donor list, where different states have different rules. For example, New York may be supplied the same number of vaccines as Tennessee, yet they might have a much higher demand. In that case, New York may develop a list similar to ones used for organ donors. The list could be broken down by age, blood type, etc. Meanwhile, Tennessee may have more vaccines than they can give away. Therefore, Tennessee may send New York 200,000 doses and then call for more later when demand increases.

When asked what he believes is the ideal way to supply the vaccine, Dr. Roth says it is not so easy to answer. There are tons of different factors that come into play, such as healthcare workers who treat the infected. You also have to take into consideration those who are at higher risk and those who are most likely to become super spreaders. This may include essential workers and delivery workers who are forced to make several more interactions per day than the average person. The last thing to consider is children. Because so many children are learning from home, parents who have to stay at home and watch them are limited in what they can do. Supplying the vaccine to teachers and children would allow parents to go back to work and, subsequently, help open up the economy once again. This would mean that whoever is getting the vaccine also impacts society as a whole. “You’d like there to be the biggest multiplier effect you can get for each vaccine,” says Dr. Roth. “That not only does good for the person getting the jab, the needle in his upper arm, but that jab should also do the most good for other people.”

What are your thoughts on how the vaccine should be distributed? Let us know down in the comments.

Everything You Need To Know Before Investing In The Stock Market 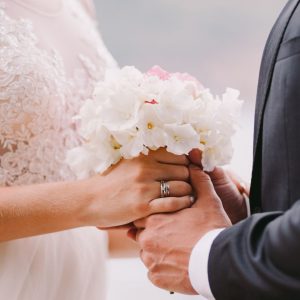 Listen to this article now Gift-giving season is here! It’s something we all have to do at one time or...