In early April 2021, 1871 announced its acquisition of hub88. But what does this mean for Chicago’s startup scene? 1871 CEO Betsy Ziegler says the organization has the power to greatly transform the entrepreneurship community with the help of hub88’s growing tech resources.

Hub88 is a non-profit tech accelerator based out of Naperville, Illinois. As part of the Nokia 175-acre campus, they are drawing from the rich technology, science, and industry along the Illinois I-88 corridor to help launch a 5G Communications Lab. Truly remarkable is hub88’s commitment to provide services to entrepreneurs and startups, regardless of ability to pay. For those who are unable to afford the cost of a hub88 membership or tickets to an event, they provide membership services, educational scholarships, and admission tickets for free or at reduced rates.

“When we launched hub88 in 2018, it was our dream for startup companies and other entrepreneurs in the western suburbs to have a high-quality resource to develop and commercialize their products and services,” says Kenn Miller, founding Chairman of hub88 Board of Directors. Miller could not be more pleased with the opportunity to have the innovative community at hub88 join forces with 1871. “We are proud to be able to provide added value to the already successful and established 1871 community.”

With the acquisition of hub88, it seems 1871’s CEO Betsy Ziegler is putting a lot of faith in the Chicagoland area. 1871, named after the year of the Great Chicago Fire, was dubbed the #1 incubator in North America in 2017. Since its formation in 2012, they have created over eleven thousand jobs through their 650+ alumni companies. Some of the most successful digital startups that grew with the help of 1871 include Grubhub, Groupon, SpotHero, and Cameo. With the recent announcement that Cameo is now valued at $1 billion, the city has proven to be a growing leader in the tech industry.

“At 1871, we firmly believe in the transformative power of ‘and’,” that as a unified organization we can accelerate our members’ journeys across the maturity curve and embrace a deep technical focus in our programming, our physical spaces, and across the broader community,” said Betsy Ziegler, CEO of 1871. “This is a remarkable opportunity to better support our members and expand our collective reach across Illinois and the greater Midwest. We are excited to welcome hub88’s innovators and university partners into the 1871 community.”

Startups and entrepreneurs already part of hub88 will surely benefit from the merge with 1871. And if 1871’s track record stands true, the Chicagoland area will also receive a boost with an increase in job opportunities and revenue. To learn more about hub88 or to sign up, visit their website here.

What impact do you believe 1871’s acquisition of hub88 will have on Chicago’s entrepreneurship culture? Let us know down in the comments.

That Time Procrastinating Almost Made Me Burn Down My House 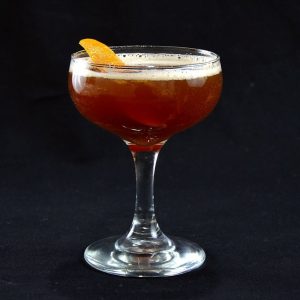