Contents
Who is Montana Butsch?More than an After School ProgramRowing to SuccessThe Future of SpotivityWhat Keeps Him Up at Night?What is Montana’s GREY Style?

Who is Montana Butsch?

Montana Butsch is a former competitive rower, constant youth advocate, and now tech entrepreneur thanks to the launch of his Spotivity app. A renaissance man that can also claim history as a radio DJ, a photo shoot with People Magazine, and time spent living on an island as a pre-teen—Montana is not your ordinary entrepreneur. Thanks to leveraging the 11 years he spent as Founder/Lead for the Chicago Training Center, helpful guidance from Chicago’s 1871, and a personal friendship with Troy Henikoff of MATH Venture Partners, Montana has put his passion, contacts, experience, and education to use to help teens everywhere enjoy the spoils of positive out of school time engagement.

More than an After School Program

Spotivity is changing the after school program scene by introducing a free app where teens can find and safely enroll in activities that are of interest to them. As a double-sided marketplace platform, Montana has also provided a clever way to involve after school agencies through a premium platform subscription service to help them better engage and grow their participant base. The app also implements a unique point system where kids can compete with one another by participating in activities and earning socially notable digital rewards. Spotivity also provides a proprietary recommendation tool that Montana developed along with platform partner Utah State.

The main thought and vision for the platform was built upon Montana’s recognition, when running Chicago Training Center, that many teens were left completely unaware of activities that could change their lives. The role of luck, as he puts it, is far too prevalent an influencer in how decisions are made. Knowing that both underserved teens and those from affluent backgrounds share the same need of positive engagement after school, Spotivity was built to solve pain points across the socio-economic demographic. It is for this reason this platform not only has legs, but will be transformative at full adoption.

Montana grew up in Chicago near the Cabrini-Green public housing projects. Witnessing the unfair circumstances plaguing the community’s youth, he vowed to one day build better lives for underserved kids. Inspired by Michael Jordan’s reign in the NBA, Montana strived to become a professional athlete. However, he was not good enough to play in high school and instead found his footing as a rower thanks to a club team that operated at his school. Like a fish to water, Montana’s stature on the team grew and ultimately helped him become a recruited athlete at the University of Pennsylvania.

At UPenn he studied Philosophy, Politics, & Economics while competing as a varsity rower. Later, he attended Oxford where he continued his passion for rowing, winning two races against Cambridge in 2003 and 2004. Fulfilling his promise to make a difference, Montana returned to Chicago and founded Chicago Training Center in 2006. This work helped bring the sport of competitive rowing to hundreds of teens from Chicago’s south and west sides and is now operating with the support of alumni coaches. Through all these experiences, Montana was asked to give a Tedx talk in Spain in 2017 to discuss the power of alternative sports for underserved youth. CTC continues to evolve post Montana’s departure and operates out of a newly opened Jeanne Gang boathouse in Bridgeport.

With eyes on the future, Montana’s departure from CTC in 2016 coincided with gradation from a joint Executive MBA program (Brown University and IE, Spain) and the beginning of Spotivity. Working with a tech consultant, he selected Algoworks to develop Spotivity, a bidding process that lasted 7 months and involved 14 tech agencies. The app launched on all available platforms in Sept 2018 after 4 months of work. The platform is currently beta testing in Chicago and has a mapped database nearing 3,000 searchable after school programs. Everything from basketball to ballet, from mentoring to volunteerism, and from mental health to tutoring can be found currently.

To support the movement of technology made for socially impactful goals, Montana is hosting Tech/No Evil, The Summit Pt. 1 on September 12th through his consultancy Thin Edge Consulting. This event brings together Chicago leaders directly and indirectly involved in tech to discuss the topic of socially impactful tech ventures. He invites everyone to this free event as an excuse to rub shoulders with Chicago leaders and discuss the shared interest of putting tech platforms to good use.

Soon Montana will graduate from the Founder Institute (Aug 2019) and this work will help him conclude his seed funding goal for Spotivity’s beta phase. In the near future, he hopes to expand its reach to the entire country and build out the platform to provide support to college students. For now, he is excited to continue growing his network and build even more momentum for the movement.

“The constant concern that we are successfully explaining our value proposition to the target audience in a manner by which they can understand the huge impact our platform can have on their life trajectory. Spotivity’s research is sound, the need is very real, and our approach is tight in both execution and design. Our issue will always be centered around the constant wrestling of the teen ‘coolness coefficient’. We are ultimately a technology utility and with that we need to address the illusive ‘coolness’ factor of our target demographic.”

What is Montana’s GREY Style? 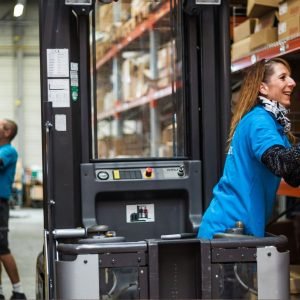 Industries That Are Thriving During the Pandemic

Listen to this article now The COVID-19 pandemic has significantly changed the way we do business, on a global scale....