Contents
Who is Michelle Martinez?Be Someone’s HeroA Mix of Luck and Hard WorkPride, Angels, Salt & LightWhat Keeps Her Up at Night?What is Michelle’s GREY Style?

Who is Michelle Martinez?

Michelle Martinez is the owner and visionary leader behind Hero Coffee Bar in Chicago. She has worked in the food and hospitality industry for ten years, managing shops such as Starbucks, Argo Tea, Protein Bar & Kitchen, and Eastman Egg Company.

Michelle is disrupting the coffee industry by encouraging everyone to be someone’s hero. For every coffee bag and merchandise purchase made at Hero Coffee Bar, one dollar goes to charity or a non-profit organization. She keeps transparency between her baristas, whom she refers to as Hero Ambassadors, and carefully selects people who will uphold her brand mission to put people, not coffee, first. Whether that means offering strangers their umbrellas during a rainstorm, or just buying someone else a cup of coffee, Michelle and her Ambassadors are helping make the city a brighter place.

A Mix of Luck and Hard Work

Growing up Latina, hospitality has always been in her blood. Both Michelle’s parents immigrated from Mexico, a country that promotes togetherness and caring for one’s family. Due to her mother suffering from a mental illness, Michelle was forced to become independent at an early age. Because of her struggles, Michelle did not finish high school, but never allowed that to hold her back. At 22, she obtained her GED and went on to become the manager of several local coffee shops and restaurants.

In 2014, Hero Coffee Bar was founded by Brian Tubolino and Craig Alexander. After both of them stepped down to pursue other ventures, Michelle and her fiancé became the new owners in December 2018. Rather than have Hero Coffee be a carbon copy of other major franchises, Michelle brought Hero back to its roots with a punk rock aesthetic and a new mission statement inspired by the company’s name: “To positively impact the community, one meaningful cup at a time.”

In just a matter of months, every Hero location has seen a positive impact and reached many milestones due to the change in leadership. Michelle utilizes her social media platforms to spread good will and encourage patrons to ask themselves what they can do to better their community. According to Michelle, her success comes from a mix of luck and hard work. She believes in order to be a leader, you need to be able to express how you feel so others can follow your creative vision. “The way you speak is the way people will remember you.”

Aside from launching new Hero merchandise, Michelle is excited to celebrate Pride by partnering with Howard Brown Health for the month of June. Other organizations she has partnered with include Imerman Angels, a cancer support community that pairs cancer patients with survivors, and the Salt & Light Coalition, which provides monthly stipends and access to therapy for female trafficking victims. When it comes to selecting charities, Michelle researches organizations deeply to see how they are positively affecting Chicago. She also ensures that every Hero location contains pamphlets so that customers know which charities their money helps support.

“When I feel like people are struggling or not having the best experience, that’s what keeps me up.”

What is Michelle’s GREY Style?

The Juggling Act of an Indie Artist 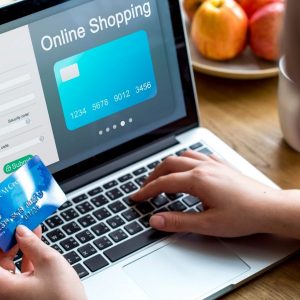 Before You Checkout At The Store, Do This One Thing To Reduce The Spread

Listen to this article now Have you been looking for a way to not make any contact with people all...