Who is Martin Martinez?

Martin Martinez is the Managing Director at Founder Institute Texas and the founder of A-Player Media. As a social media and live events connoisseur, he has been able to coordinate live events for creatives in the entertainment industry and other rising entrepreneurs across the country.

A-Player Media is an entertainment management company specializing in brands, events, and creative artists. They produce once-in-a-lifetime experiences by bringing together creative individuals to put on concerts, panels, and live events that celebrate the entrepreneurial journey. A-Player Media has produced events for brands such as Founder Institute, Tedx, SXSW, Rolling Stone, and more. Through A-Player Media, Martin vows to create “food for the mind”— a feat he accomplishes by working with only the best in the business. Thanks to his efforts, A-Player Media is currently branching out into virtual events to connect with audiences worldwide.

Martin Martinez was born in San Antonio and spent his formative years both there and in Dallas. His family has lived in Texas since before it was a state, having deep connections to the Comanche tribe. His father was an entrepreneur who took care of his extended family and encouraged Martin to make his own living and help others along the way. At age 8, Martin was going door-to-door mowing lawns, selling books, and cleaning pools. By the time he was in high school, he was already running his own pool-cleaning service.

While in college, Martin founded his first social media management company before such a thing ever existed. He accomplished this by visiting several bars and convincing them to let him run their Facebook and Twitter pages. All his hard work led him to becoming employed by Facebook in 2010 at their satellite office in Austin.

Soon after, he launched his second startup, which was a tech-based client relation management company that organized events, high-tech conferences, and trade shows. By the end of 2016, he was traveling all over the country and working with various musicians and actors in the entertainment industry. Martin’s original plan for his third company was to manage talent, but then he decided to tap into his live event experience to found A-Player Media. Within their first few months, A-Player Media put on a 3-day music showcase for SXSW which received wide recognition in press outlets.

Through the connections he made with A-Player Media, Martin was presented with the opportunity to help launch Founder Institute Texas. Founder Institute is a global startup accelerator that helps aspiring entrepreneurs and first time founders get their ideas off the ground. After meeting with leaders in San Francisco and Boston, Martin was asked to help launch their Austin chapter. With the desire to help other entrepreneurs succeed, Martin began reaching out to the community to find mentors for the program. According to Martin, it is important for him to help other entrepreneurs avoid the pitfalls new startup founders make when launching their first businesses.

“If I can help a future entrepreneur who is so lost like I was and give them the tools, resources, and community so they don’t make the same mistakes as I did, I’m going to do it.”

A year after launching the Austin chapter, Martin also began building the Houston cohort. Since 2017, Martin has personally helped 70 entrepreneurs launch 70 different companies through the Founder Institute Texas program. In June, A-Player Media hosted the Founder Institute Austin Spring 2020 Cohort 5 Graduation. Currently, Martin has been hard at work learning how to tackle virtual events and organize conferences for the fall. Since A-Player Media’s main focus is in live events, business has been scarce due to COVID-19.

However, because geography is not a factor anymore when it comes to producing events, now A-Player Media is able to compete with other behemoths in its industry. The pandemic has accelerated the industry to a point it expected to be five years from now and A-Player Media is quickly adapting. Whereas bigger companies are slower to move because of liabilities and risks, A-Player Media is bidding for larger events and winning. Now that they can connect with anyone around the world, Martin is optimistic about where the future of live events and A-Player Media is headed.

“Can we scale up all the things we’ve been learning at the moment?”

What is Martin’s GREY Style?

Why More Women Are Dropping Out Of The Workforce 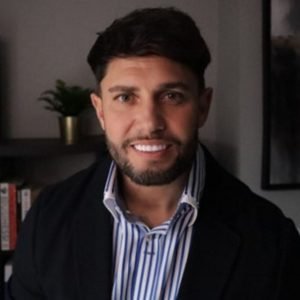 Listen to this article now Growing a business within a competitive industry can be cutthroat. Traditionally, the dominant perception has...