Who is Case Erickson?

Case Erickson is a foodpreneur, business coach, and event producer behind the Trucklandia food festival in Austin, Texas. Having worked in the food industry for over a decade, he has won two Entrepreneur of the Year awards from Solomon Wealth Group, spoken at a Ted Talks event, and also served as a board member for the Austin Gay & Lesbian Chamber of Commerce.

Fuel for the Foodpreneur

Case is disrupting the food truck industry by helping owners take their businesses to the next level. He consults them on food and labor costs, fuels their persistence, and helps them discover the instruments they need to go brick-and-mortar. Most importantly, he helps them focus on brand authenticity, which translates to stronger employee engagement, customer loyalty, and higher profits.

Be Your Authentic Self

Growing up in the south, Case was raised by loving parents who taught him traditional Christian values. As a closeted teen, however, he felt trapped and held negative feelings about his sexuality throughout his adult life. He earned degrees in advertising and graphic design from Liberty University and eventually became the owner of three restaurants in Washington D.C. In 2011, he decided to sell the restaurants and relocate his family to Austin, Texas.

While in Austin, Case began real estate consulting for prospective restaurant owners and met with many food truck proprietors. After attending numerous festivals, Case quickly realized he wanted to focus his efforts on collaborating with as many food trucks as possible. It was also during this time his internal struggles came to a head and caused him to overindulge on food and alcohol.

Discontent with himself, Case realized he couldn’t practice integrity about his business without being aligned with his true self. Therefore, in 2012, he dissolved his marriage. The decision to live as an openly gay man has been one of his proudest moments and has led him on a journey of strength and completion. His commitment to authenticity is reflected in his business model and impacts the interactions he has with every person, including his two children.

In 2013 Case founded Trucklandia as a way to bring the food truck community together. The festival has 25 food trucks from all over Austin compete for a $10,000 prize. When Trucklandia was first conceived, there was nothing else like it at the time. As such, Case had difficulty obtaining funding for the event. During its first year, a real estate deal he had struck to provide the prize fell through and he scrambled up until the eleventh hour to keep the event alive. Ultimately, by remaining persistent and sending out multiple press releases, Case’s vision became a reality.

Now, as Case prepares for the 7th annual Trucklandia fest this October, he keeps himself busy by spreading his message of authenticity through business coaching. One proud moment he recalls is the story of a client whose employees were insubordinate and controlled her business. Case compared her situation to staring at a dirty pile of laundry and expecting somebody else to do it. By opening her eyes and encouraging her to take leadership, his client turned her company around and landed a $7M investment.

As Case states, in order to be your authentic self, everyone must “put opinions of other people underneath the opinion of themselves.” Every business is a unique expression of the individual and he encourages any entrepreneurs going through his same situation to get out of their comfort zones. The only way business will thrive is by being your authentic self and trusting that people will be drawn in by your mission. He recently released his book Coming Out By Going In and also produces an unofficial podcast with restauranteurs called the Brick and Butter Zone.

“Taking my business to the next level!”

What is Case’s GREY Style?

The Soul of Craft Beer: A Brief History (Part 1)

Who Are The Green Rush Winners? 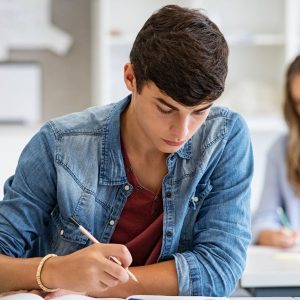 Listen to this article now With entrepreneurship becoming an increasing trend, teenagers across the world have exemplified that they can...