Who is Alexa Carlin?

Alexa Carlin is a motivational speaker, entrepreneur, author, and CEO of Women Empower X. Having started her own jewelry business at age 17, she has spent the last decade inspiring people with an electrifying story of perseverance.

Alexa is transforming the lives of women everywhere by creating a community-driven conference for female entrepreneurs. Women Empower X is a national expo for women to share their stories, make connections, and develop the confidence needed to take their businesses to next level. By developing an industry network, Alexa is giving women the opportunity to work together rather than compete in their respective fields.

Alexa grew up in southern Florida with a mother who encouraged her to pursue her dreams and a father who demonstrated the power of hard work as an entrepreneur. When she was 17, Alexa wrote a letter asking OmniPeace if she could launch a jewelry line to aid their cause. OmniPeace agreed and Alexa began creating bracelets to help end poverty and promote human rights in Africa. Even though she was running her own business, Alexa was not very confident in herself. Therefore, she decided to create a blog called Hello Perfect to inspire young women and redefine the meaning of the word perfect.

A few months before graduating from college, Alexa fell ill suddenly and was rushed to the emergency room. After going into septic shock and being induced into a 6 day coma, she was given a 1% chance of survival. Alexa spent 10 days in the ICU and miraculously pulled through her illness. Following her ordeal, she landed her dream job in New York, but fell sick again and returned home to Florida. Due to the anti-bodies that damaged her body, she was diagnosed with an autoimmune disease—a hurdle she still struggles with to this day.

As Alexa recuperated, she found she was still passionate about inspiring others. She began sharing her story on social media and wrote her own cookbook. Eventually, she set out to become a public speaker. After being denied the chance to speak too many times, she decided to self-fund her own event. She rented a co-working space, but only had five people show up to her first talk. Alexa, however, was ecstatic for the chance to inspire at least five other people. She continued hosting events until her audience grew gradually. After a year of dedication, she finally received her first paid speaking position.

During her time as a speaker, Alexa noticed a high need for women empowerment in the motivational speaking industry. Wanting to make a change, she founded Women Empower X in 2016. What started off as a one woman show in Ft. Lauderdale has now grown to reach thousands of people across the country of all generations and backgrounds.

In 2018, WEX began the Female Founders Pitch Committee as a platform for women to showcase their businesses. This competition brings together judges and investors to vote on the most innovative ideas. By hosting these events, women are allowed to gain exposure and find others to connect with their businesses. The next WEX event is in Raleigh, NC on October 12th, 2019 followed by Ft. Lauderdale on November 9th.

Alexa’s advice for female entrepreneurs is to own not what you have to do, but who you have to become in order to succeed. She believes most people are misguided about being fearless because fear is one of the strongest motivators. You have to let it push you out of your comfort zone and challenge you, even when it feels overwhelming. The road to entrepreneurship requires confidence, courage, and full commitment. As Alexa states, “If I’m not giving up, you can’t either.”

“All of my dreams and how I can be impactful to other people.”

What is Alexa’s GREY Style?

The New News: The Millennial Appeal Of Patriot Act With Hasan Minhaj

The Forgotten Founder Of Labor Day 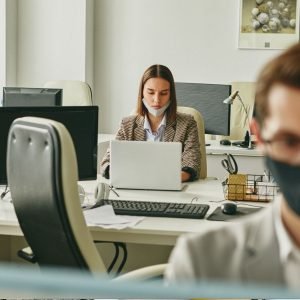 Listen to this article now When most people think about contagious diseases, they think about the risk of getting sick...