Contents
Who is Adi Redzic?Own ItDefying the OddsThink Change Around the WorldWhat Keeps Him Up at Night?What is Adi’s GREY Style?

Who is Adi Redzic?

Adi Redzic is a life and business coach, leadership trainer, author, keynote speaker, and entrepreneur. He is the founder of a boutique consultancy called Think Change, which helps both owners and their businesses thrive.

Adi’s work in life coaching transcends industry boundaries, having guided and worked with people from all walks of life as well as various businesses, startups, non-profits, universities, and even a Fortune 500 company. He finds great pride in helping these individuals and organizations embrace the courage they need to “facilitate deep transformation, reach greater authenticity, and (obtain) personal and professional satisfaction.” Some of his strategies are detailed in his first book, Own It: A Practical Guide to Defying the Odds and Claiming Your Life.

One of Adi’s earliest memories is a bomb exploding outside his window when he was five-years-old. Adi grew up in the Balkans at a time when war was tearing Yugoslavia into smaller nations. As each new country broke away and vied to form its own identity, Adi also longed to do the same. At 17, he left his old life behind to pursue a better future in America.

Adi arrived in Chicago with two suitcases and only $375 in his pocket. Determined to make his new life work, he paid his way through college and graduate school by obtaining scholarships and through fundraising. Though English was his second language, Adi persisted and eventually worked several internships, taught classes, and ran organizations. As a community organizer, he led a coalition of 48 organizations and over three thousand youths to help serve and better their communities.

Though he was not always aware of it, the explosion he experienced as a child left a lasting impression on his life. Bewildered how anyone could willingly harm innocent children, Adi figured that if a person was filled with personal satisfaction, awareness, and self-love, then they would have no desire to follow that path. Adi took his compassion and faith in humanity and forged it into a resource to help others become the best versions of themselves, both personally and professionally, and in relation to others.

Think Change Around the World

Think Change was founded in 2011 and is a global coaching, training, and consulting hub inspiring businesses and organizations to grow. According to their motto, “change is the only constant.” They want companies to accept the reality of change and seize it to their own benefit. And, most importantly, to focus on the leaders behind each organization.

As an example of their work, earlier this year Adi facilitated a leadership workshop for a diverse group of managers at a multinational firm. It was a difficult task because the company was disjointed and lacked a clear overall vision. Adi also noticed there was an absence of trust between the leaders, so he encouraged the participants to open up to one another. Though it was uncomfortable at first to wrestle through the emotions, the leaders eventually unearthed the courage to become more vulnerable, which led to a glorious new start for the company. It’s those moments that really speak to Adi and excite him to continue traveling and take on new projects around the world. “There’s no bigger compliment than seeing those transformative ‘aha’ moments in the people I serve, and when they want me back.”

Adi believes that entrepreneurs and disruptors, indeed all authentic leaders, are uniquely positioned to forge and design a brave new world built on principles of courage, innovation, service, and equity. He views his role as a partner to these changemakers, supplying them with feedback, advice, tools, and insights they need to thrive—or, as Adi puts it, “guide them to go from good to great.”

“How to get to the 80% of Americans who report to be deeply lonely, and to the 10 million people who call customer service in order not to feel lonely, and to all the people out there who are hurting because they don’t believe they can be true to themselves or that they don’t deserve love and happiness.”

Read more about Adi on his blog and connect with him through social media.

What is Adi’s GREY Style?

How Veganism Can End Climate Change 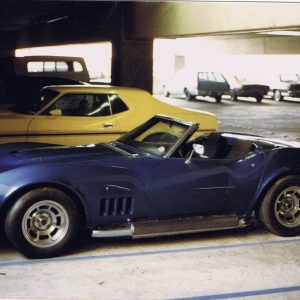