Contents
Who is Peter Schoenke?Leading the Industry with RotoWireFrom Wall Street to the Major LeaguesThe Future of Fantasy SportsWhat Keeps Him Up at Night?If He Had a Billboard for 24 Hours, What Would it Say?What is Peter’s GREY Style?

Who is Peter Schoenke?

Leading the Industry with RotoWire

Back when it launched in 1997, RotoWire was the first online publication solely dedicated to fantasy sports. Today, it remains the largest independently owned fantasy sports website with high-profile partnerships such as ESPN, CBS Sports, and DraftKings. With a team of 35 employees and over 100 freelance writers working round the clock, RotoWire provides accurate updates to sports lovers around the world. In the past year, over 100,000 people paid for a RotoWire product. Most recently, their Fantasy Football Draft Kit became the #1 selling app on iPad and iPhone for the second consecutive year.

From Wall Street to the Major Leagues

Peter attended Northwestern University where he obtained his master’s in journalism. His first job was in financial journalism, covering Wall Street and later writing for the Dow Jones. Before the internet boom of the 90s, Peter relied on faxes and various documents to deliver accurate data about the market. As Peter sorted through live information, he developed an ingenious idea to do the same thing for his childhood passion—sports.

After buying the right software and conducting thorough research, Peter and his friends Jeff Erickson and Herb Ilk launched RotoWire to provide real-time news and analysis about fantasy sports. Then known as RotoNews, the website was the first ever to provide status updates on players, such as injury reports. This format quickly became the industry standard. Since then, Peter and his team have stayed ahead of the competition by keeping up to date on technology and adapting their news sources. Often times this means closely monitoring Twitter, listening to radio updates, and speaking with industry contacts.

In 2002, Peter joined the board of the FSTA and was named Chairman in 2010. For nearly two decades, he helped lead many court battles in favor of fantasy sports. One such victory was in 2006 when the MLB failed to monopolize the fantasy baseball industry by attempting to obtain the rights to player profiles and statistics. With his help, the fantasy sports industry expanded into a $7B business and grew from 15.2 million participants to 59.3 million.

The Future of Fantasy Sports

As Chairman of the FSTA, Peter led efforts to confirm the legality of fantasy sports that saw the passage of laws in 20 states from 2011-2019. During this time, he testified in a congressional hearing and before ten state legislatures. In 2015, the fantasy sports industry once again came under fire, this time from states attorneys general due to questions of gambling. Eventually, the Supreme Court ruled in favor of making sports betting legal in more than Nevada with 17 states later following suit. The ruling presents many new opportunities for Peter, who just launched CoverWire, a sports betting info site. CoverWire will not be taking bets, but it will provide information and live updates crucial to bettors.

In 2020, the NFL Collective Bargaining Agreement will expire, leading to new negotiations between players and the NFL. In 2011, the negotiations resulted in the longest lockout in NFL history, an issue Peter says could affect the fantasy sports industry if repeated. As current Chairman of the FSGA, Peter plans to remain vigilant on the issue and help any fantasy companies overcome troubles should they arise.

“The league’s contracts with their players.”

“Sign up for RotoWire and we’ll help you win your fantasy league.”

What is Peter’s GREY Style?

Post-Workout Nutrition, Everything You Got Wrong About Carbs 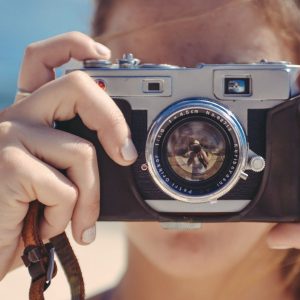 Listen to this article now During quarantine, learning new skills is not just for your hobby sake, but for a...