Odile Roujol is an angel investor, board member, and venture capital advisor in Silicon Valley. She is also the former CEO and President of L’Oréal’s leading global selective brand, Lancôme. From starting off as a brand manager at Chanel to founding her own organizations, Odile is a thirty year veteran of the beauty industry and beyond.

In 2017, Odile founded Fashion and BeautyTech (FAB), a global community for female founders and investors. Every few months, entrepreneurs from these industries gather to share their experiences in today’s data driven culture. With fifteen local chapters in the U.S., Asia, Latin America, and Europe, their movement is growing rapidly with 3,000 founders and funders meeting across the world and more than 10,000 followers connecting on social media.

Currently, 70% of FAB’s community is made up of female and minority founders. Although it was originally designed as a community for women in San Francisco, FAB is proudly multi-cultural and open to people of all backgrounds. Some of their founders include leaders in computer vision, augmented reality, clean beauty, and sustainable fashion.

Odile grew up near Bois de Vincennes in Paris, France. As a child, she was greatly inspired by both her parents. Her mother, who is a strong and assertive leader, taught math and loved helping others, while her father encouraged her to travel and discover different cultures. Through his creativity and curiosity, Odile learned to find the beauty in all things, including people.

Her career in the beauty industry began as a brand manager for Bourjois, then owned by Chanel. From there, she landed a role as Chief Marketing Officer for Lancôme in 1996 and worked her way up. When she was appointed as CEO and President of Lancôme International in 2006, she became the first woman to ever hold that position. During this time, Odile proudly managed a diverse team of 17 nationalities in Paris and worked with 135 countries, traveling to Shanghai, Seoul, and Tokyo every three months. As CEO, she made it her mission to contemporize the brand, while still staying true to its roots in luxury.

One of the most profound changes Odile has witnessed over the last thirty years is how social media directly impacts a company’s success. Companies are now able to collect data in real time and forge deep connections with their customers. “First you begin with the community, the purpose and what you stand for, then the products and services needed to fix a problem. Today, founders listen directly to customers and interact with them through multiple points of contact. They share their vision and values on a daily basis.”

After her time with Lancôme, Odile went on to become the Chief Strategy and Data Officer of Orange, one of the top telecommunications operators in the world. She also became an advisor for several venture capital firms and is now an integral part of Silicon Valley’s ecosystem. Because she had the opportunity to meet so many founders who asked for her guidance, she believed she could create a greater impact by bringing the fashion and beauty industry closer together.

Odile posted the first FAB event on MeetUp and hosted it in her own home. Initially only expecting thirty people to show up, there were ninety entrepreneurs and venture capitalists who arrived, all of them excited to meet and share their experiences. In just a matter of months, the FAB community became a global movement. The next FAB meeting will be in Los Angeles on April 29 and hosted by Zack Parker, founder of Lük. The following event will be on June 16th, hosted by Pinterest in their San Francisco office.

Currently, Odile is in the first closing of her Fund FAB Ventures, supporting D2C seed stage startups in fashion and beauty. Her venture invests an average $250k and also supports founders with specific skills to grow faster, such as product development, data analytics, influence, and growth acquisition.

What Keeps Her up at Night?

“I sleep very well! I remember when I was sleep deprived in my 30s being a young mother and trying to prove who I was at work. The early 50s are great years as you share what you have learnt and continue to learn too. You are thinking more about impact than money.”

If She had a Billboard for 24 Hours, What Would it Say?

“Learn for life! Multicultural leaders and founders, you will be the next champions.”

5 Foolproof Ways To Promote Your Business And Generate Clientele

How Moon Magic Is Empowering Women With Eco-Conscious Jewelry

As Editor in Chief for GREY Journal, David has covered a diverse range of entrepreneurial stories—from accomplished Silicon Valley investors to rising startup founders. He holds a BFA in digital filmmaking and has spent years honing his skills as a screenwriter, producer, and author. Currently, he has one published book, The Streetfighter Journals, and is working on releasing a collection of short stories and a tabletop RPG adventure. 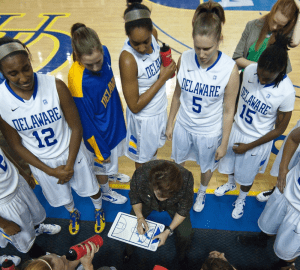