Contents
Who is Micha Kaufman?Founding FiverrAn Accelerating Tech FounderWorking Better Remotely #MakeItWorkWhat Keeps Him Up at Night?If He had a Billboard in Times Square for 24 Hours, What Would it Say?

Who is Micha Kaufman?

Micha Kaufman is the CEO and visionary cofounder of Fiverr, the leading online platform for freelancers and entrepreneurs. He also helps startup founders succeed as a private investor and venture capital firm partner. As an industry expert, Micha contributes his insights to various media outlets, such as Entrepreneur, Wired, Medium, and The Do List on Fiverr.

In 2009, Micha Kaufman cofounded Fiverr alongside Shai Wininger and Guy Gamzu. This platform disrupted the freelance industry by offering an online marketplace for creative and digital services. The name originated from the fact that all services costed only five dollars upon launch. Since the beginning, Fiverr has allowed users easy access to lean entrepreneurship by testing their skills in freelancing and finding a market for their products remotely.

With 50 million monthly transactions and services in 160 countries, Fiverr is the widest community of freelancers in the world. Most recently, Fiverr won The Webby Award for Best Employment Website and announced it would be opening a store catering to the business needs of digital influencers. By expanding their platform to up-and-coming industries, they are able to reach entirely new markets.

After his parents immigrated to Israel from Argentina, Micha Kaufman was born in a kibbutz, an agricultural communal settlement, in the northern part of Israel. He was inspired to make a name for himself by his parents, who built a prosperous life without the luxury of a safety net. His father started off as a mechanical engineer and became a world renowned figure in the semiconductor industry, while his mother worked in education and managed the household. Together, they instilled strong family values and demonstrated the willingness to take risks in order to grow and succeed.

Micha attended Haifa University where he obtained an LLB in Intellectual Property Law and worked as an advocate at a law firm. In 2003, he founded his first company Keynesis, which was a security software and encryption for tablets, portable devices, and clouds. In 2005, he founded Spotback, a personalized Israeli news site, that learned from clicks and ratings to automatically prioritize news sources and items over time. He later had a hand in developing several other companies, including an accelerator program for young entrepreneurs known as Accelerate.

The biggest challenge Micha says he faced when founding his first company was the struggle of being clueless about all aspects of running a business. From developing a marketing strategy, to hiring people, to working with investors, he was forced to learn everything on his own.

“When I started my entrepreneurial journey, there was far less written information available about all of these topics and I had to rely far more on finding mentors that could teach me from their experiences.”

Prior to founding Fiverr, Micha says freelancers played a critical role in helping him build his businesses. Though he enjoyed working with them, the downside was that hiring freelancers was always a high friction process. Often times, it would take weeks or months to find the talent he was looking for, plus there was the hassle of negotiate pricing and contractual agreements. “As time went on, I thought to myself that there had to be an easier, more seamless way of going about this.”

By the time Fiverr officially launched in 2010, Micha was far more experienced in running a company and had strong connections to the tech scene. He had also collected crucial knowledge from his successes and failures in previous ventures, which has proven to be fortuitous. On June 13, 2019 Fiverr entered the New York Stock Exchange with its shares growing 90% on the first day.

For the past 10 years, Micha Kaufman has been using Fiverr to push for a shift in work-life balance, which is now gaining recognition. After the start of the COVID-19 pandemic, Fiverr launched the #makeitwork campaign, encouraging the world to stay safe by working remotely. On July 9th, Fiverr hosted their first ever free virtual event known as The Shift. This online conference focused on moving business forward during the COVID-19 pandemic and had over 3,000 attendees learn about digital transformation and how to work better remotely.

According to Micha, Fiverr plans to host more virtual events in the future to help entrepreneurs navigate today’s new business world. Despite the pandemic, he remains optimistic about the future of remote work now that employers are seeing the benefits of flexibility and increased productivity. “Because of Fiverr’s leadership position in this space, we have a stronger ability to shape how the future of work will look and that is something that excites me and my team every day.”

“What keeps me up at night is my need to move things faster. Although we are already a public company, we have a young startup mentality inside. As a fast growing business, we push ourselves to constantly move even faster to provide our community with the platform they need to succeed as business owners and freelancers. Optimizing the way we are organized and operate is something that preoccupies my mind, even when I go to bed.”

If He had a Billboard in Times Square for 24 Hours, What Would it Say?

Here Are The 5 Best Dog Breeds For Entrepreneurs

How To Be Successful As A Woman Or Non-Binary Entrepreneur 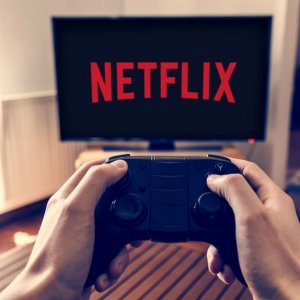 Netflix recently spoke out about the company’s aspirations to include video games in its services. Their explanation of the expanding...