Who is George Chunkau Mui?

George Chunkau Mui is a Market Access Team Lead for the Minority Business Development Agency (MBDA) at the U.S. Department of Commerce. George has worked with the MBDA for the past ten years, helping minority businesses with international development, gaining contracts, and financing. He is also an advocate for Asian Americans and other ethnic minority organizations, connecting communities with U.S. government officials globally.

Change Agent for the Community

George is dedicated to being a voice for Asian Americans. He has spoken in Shanghai, China and has raised $100,000 in scholarship funds for the OCA – Asian Pacific American Advocates. Through his dedication and innovative business programs, George allows the federal government to better engage with Asian American and Pacific Islander enterprises. By also speaking at events and bringing government officials to meet with community leaders, he has become a champion for Asian Americans as well as other minorities. His fearlessness and determination to help others are what enable him to be a great leader and humanitarian.

The Son of a Pigeon Farmer

Born in Hong Kong, George came to the United States in 1969 and attended Tilden High School in Chicago, IL. His mother gave him the nickname “crazy kid” because he was always outspoken and going against what others expected of him. His father was a pigeon farmer who had a dream that one day his children would become successful restauranteurs. George, however, disrupted this plan by attending college and earning degrees from both the Illinois Institute of Technology and Stanford University. Following his example, the rest of George’s siblings also went to college.

Starting off as a programmer for AT&T, George became a product management director, then went into early retirement at age 47 where he began international consulting. He moved back to Chicago to help the MBDA develop businesses for Asian Americans through government funding and was later selected to consult for the White House. George began working on the White House Initiative on Asian Americans and Pacific Islanders because he felt the government lacked involvement in the Asian American community and needed someone who understood global business development. This initiative currently allows him to make a difference on a national scale.

George will tell you that even as an adult, his mother still referred to him as a crazy kid because he travels across the country taking selfies and speaking about how the government can do more to help those in need. Taking selfies at conferences is his signature, which allows him to bring joy to others and connect with the communities he represents.

Currently, he is preparing to celebrate Asian American and Pacific Islander Heritage Month. His growing activism in the community fuels his desire to start his own foundation, which would allow him to do more charity work on a global scale.

Donate Money to the Mui Foundation.

Your Questions on Dates, Sleepovers, and Obnoxious Friends 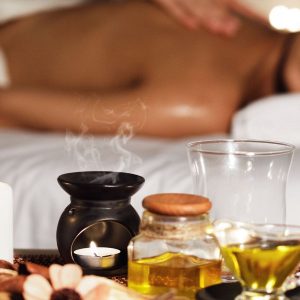 10 Aromatherapy Essential Oils That Can Improve Your Health

A study during the '90s revealed that peppermint oil and ethanol relieves headache pain. Here are 10 benefits of aromatherapy