Contents
Who is Fabio Viviani?Never Too Big for a TaskFrom Florence to ChicagoGrand Opening of Bar VeronaWhat Keeps Him Up at Night?If He Had a Billboard for 24 Hours, What Would it Say?

Who is Fabio Viviani?

Fabio Viviani is a chef, cookbook author, culinary personality, business investor, and restauranteur. With over 30 locations currently under his belt, Fabio is spreading his love of rustic Italian cuisine with a modern twist all across the country.

Never Too Big for a Task

Fabio is changing the restaurant industry by creating establishments that are built to last. What this means is rather than focusing on the money side of things, he focuses on hiring the right people. According to Fabio, 90% of new restaurants close within their first three years. Many business owners get swept up by the romance of running a restaurant, but don’t realize having money and a great family recipe are only small components of success. Most restaurants don’t return profits immediately and instead require strong teams to thrive.

When opening a new location, Fabio ensures he hires the best managers, accountants, and HR personnel to take care of his staff. It’s crucial to build a culture where everyone feels comfortable and can contribute to the restaurant’s success. All of his employees go through extensive training programs until work becomes natural and they are prepared for the stress and hardships coming their way. In his kitchens, no one is above anybody else and he utilizes his social media to stress the importance of leading by example.

From Florence to Chicago

Fabio first began working in restaurants when he was 11 years-old in Florence, Italy. After his mother fell ill, his family needed extra income to help take care of medical costs. When he was 16, a man he worked with was impressed by his hardworking demeanor and offered him a position at a new location. Two years later, Fabio was in charge of his own restaurant, which led him to operate several establishments and nightclubs by the time he was 27.

In 2005, Fabio came to the United States and opened his first American restaurant, Café Firenze, in Moorpark, CA. He rose to recognition in 2008 when he appeared on Top Chef and earned the title of Fan Favorite. Since then, he has made several guest appearances on talk shows and the Food Network, even winning Cutthroat Kitchen: Superstar Sabotage. He later made a name for himself in Chicago when, in collaboration with his two partners at DineAmic Group, they opened several concepts throughout the city including the renowned Siena Tavern. In honor of his induction to the Chef’s Hall of Fame, Mayor Emanuel Rahm dubbed March 8th Chef Fabio Viviani Day in Chicago.

While, Fabio has accomplished many feats, the journey has not been easy. He advises everyone who wants to open a new restaurant to work underneath someone who knows what they’re doing first. Failing in the restaurant industry is a key part of success and learning from bad experiences will shape you into a better leader.

“You have to get punched in the face to learn how to duck.”

Fabio’s most recent location, Bar Verona, is a concept he developed over eight years with his business partner in Michigan. It continues his tradition of bringing rustic Italian flair with a modern twist to places like northern Detroit, Tampa, New York, and more. He has five additional restaurants opening between now and December, plus ten more in the books for next year.

In his spare time, Fabio also produces Fabio’s Kitchen, a weekly YouTube series. Though it is becoming increasing difficult for him to keep up with it, he loves his audience and tries to stay as interactive as he can. However, he states the problem with celebrity chefs is that once they achieve fame, they forget about their restaurants. He strives to break that mold. “There are too many cooks on TV and not enough chefs in the kitchen.”

But for all his success in the restaurant industry, Fabio says nothing compares to the birth of his son, who was born on his 10th year anniversary in the United States. Fabio’s ultimate goal is to double his business over the next three years, but for now he is taking it one day at a time.

“My three-and-a-half year-old son kicking me on my chin.”

Free Doesn’t Exist. Every Time You Get Something For Free, Someone Else Pays For It. 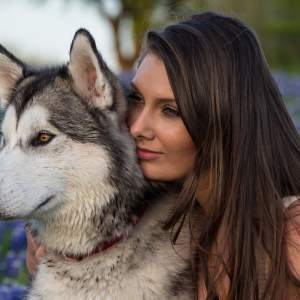