Imagine you are a young college student. You just got done running laps at track practice and are on your way to the mall to earn some extra cash as a shoe shiner. You’re going about your business, shining away, when suddenly your client asks about the varsity patch on your sweater. Next thing you know, he’s offering you the job of a lifetime. Sounds too good to be true, right? Well, that’s exactly how it happened for Jason Lopes, founder of Freedom 2 retire. Because of a chance encounter at the mall, his life was never the same. Now he is sharing advice on what made him so successful and what other entrepreneurs can do to make sure their futures are financially secure.

Jason Lopes was born in Portland, Oregon and moved to Bakersfield, California when he was very young. As a kid, he was always active and on the go. His parents encouraged him to play soccer and baseball and, as he attended college, he eventually got into track. Because of his parents, Jason learned how to discipline his mind through competitive sports, but also how to put people first and treat them with respect. For him, being an entrepreneur is about coaching and leading more than anything. Although his success as a financial consultant first came from being in the right place at the right time, if he hadn’t developed his work ethic through sports, there would be no Freedom 2 Retire today.

What was the problem you set out to solve when you founded Freedom2 Retire?

I started Freedom 2 Retire simply to fix the retirement crisis. My dad had a 401K and his money ran out 7 or 8 years ago. We’re here to educate America and say if you want a retirement plan, then you have to get a retirement plan. A 401K is not enough. It’s more of a savings vehicle that people use and it’s not something that’s going to pay them a lifetime income. Most pensions don’t exist anymore because they were replaced with a 401K. We position people in retirement plans that will pay them in lifetime incomes so they don’t have to worry about outliving their money.

When you were younger, did you ever think you would run your own financial service?

When I was a kid, I was the one on the corner selling lemonade for $0.25. I was the kid who would ask my neighbor if I could cut his grass for twenty bucks. Early on in my life, I was always driven to help people and be successful.

Do you remember your first official job? What did you learn from it?

Out of high school, I got a job at a lumber yard and that actually taught me the importance of waking up early. I had to be there at 4:30am every morning. Whether it was very hot or very cold, we were always outside working for minimum wage. So I decided to go back to school and that’s when I got into track. I actually did not run track in high school. I was a walk-on in college and in two years I was the fastest in the state. Luckily, I was able to get a scholarship from California State University, Bakersfield and my junior year I was the CCAA champion.

What was it you studied?

I was a marketing major. At first, I was in business administration and then I started hearing a lot of people say I should get into marketing. It’s a pretty incredible story. After track practice, I would go to the mall and shine shoes at my friend’s kiosk. One day a guy walked in and he was the CEO of a company. I had my CSUB sweats on and he asked me what I was going to school for and I told him I was a marketing major. Then he asked me if I ever thought about getting into financial services. At the time, I hadn’t heard much about it. He told me to come to his office so I could sit down with him and he’d train me himself. I’ve been in the business ever since.

What was the biggest challenge in starting your own company?

The hardest thing is that you are doing everything in the beginning. You’re holding all the hats. You’re the tech guy, you’re the Excel guy, you’re everything because it’s just you. And then you have to go out and find the best people and that’s hard because there is a lot of talent out there. Getting people in the beginning is hard because you’re brand new and no one knows who you are.

Do you feel your experience with sports makes you better at working with people?

How does your background in track play into that?

Track is a team sport, but you’re still out there on your own. It’s not like basketball where one guy can score twenty points and bail you out. Track can really develop a person as far as their character and work ethic because the team play is great, but when you work on the weekends, it’s all you. It helps you develop your mind on both sides. Track teaches you character and how to be graceful even when you lose. When you have that individual play, you have a better understanding of what it was that cost you that race. Track also teaches you to give it your all every time. You’re not going to be lazy running track. Any laziness you have, track is going to eliminate it because people don’t like to run. Once you’re in shape it’s easy, but it’s not easy in the beginning. Whereas, if you stick with it and practice, you will eventually get in shape and be ready to rock and roll. Business is very similar to track. It’s hard in the beginning, but if you stick with it it does come together.

What has been your biggest victory at Freedom 2 Retire in recent years?

The most successful moment came in 2019 when we partnered with a very large and nationally known company. That’s when Freedom 2 Retire really started doing well because they believed in us. Without them and the opportunities they’ve given us, it would be tough to continue succeeding.

What are the most common mistakes entrepreneurs make when it comes to retirement?

Procrastination. That’s the biggest enemy I’ve seen. At Freedom 2 Retire we have lifetime income vehicles and products that give you upside potential without the risk of the market.

If I were to invest my money into 401Ks or IRAs, etc, when would I be taxed? What tax penalties would I inquire if I take it out before fifty-nine-and-a-half? What happens to my money in a down market? And would my beneficiary also be taxed as income the year they received that money as well?

It’s disheartening to know that most people think their money is not going to be taxed when they take it out of their 401K. It’s not taxed going in, it’s taxed going out and more and more people are just learning that.

Do you think retirement options will be worse for millennials?

Before, people used to save about 10% of what they made. Now you need to save 20-30% in order to be able to retire comfortably. The only way people can save more is if they are making more and if they can’t, then they risk working their entire lives. They don’t teach you about this in school, so the only way to learn about this is by speaking with professionals. That’s why Freedom 2 Retire is here to let you know what’s out there and what you can do. 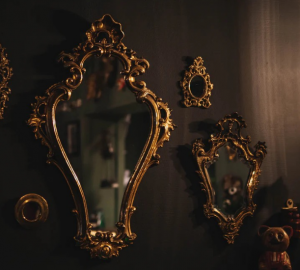 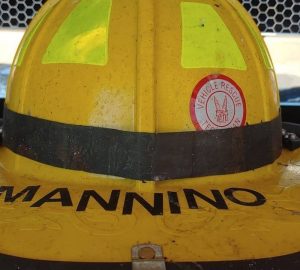 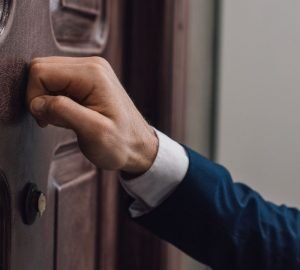 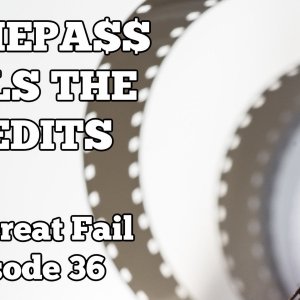 Cinephile and film enthusiast, Stacy Spikes, sought to reinvent the way people watched movies. His answer was MoviePass, a subscription-based...