It has no doubt been an adventure for the growing star of Despina Mirou, who has lit up the screen and stage internationally. A native of Greece, she has managed to break into American TV and cinema, in addition to her work in stand-up comedy. So far, she has worked with artists like Peter Bogdanovich, Laine Kazan, and Renee Taylor. See what this actress and comedian has learned while working in the entertainment industry.

You have been a very busy actress who is always on the move; you have been in many films, stand-up comedy shows, and TV series. Tell us about TV in the USA and Netflix, where you perform now.

I have had the pleasure to join Netflix’s comedy TV series On My Block! I feel very happy and lucky being in this series. I play a big party animal. In this series, I got to meet a whole new generation of young, strong comic actors, like Brett Gray, Jessica Garcia, and many more. The series received the Teen Choice Award for Favorite Comic Series, which was awarded by the audience.

The DP of this series was Tommy Madoxx, who is also Spike Lee’s Director of Photography; he was also the DP for the film Iron Man. Before Netflix, my first appearance on American TV was on HBO in the drama series Show Me A Hero with Oscar Isaac, directed by the great Paul Haggis. Haggis directed the movie Crush, and he wrote the story for Clint Eastwood’s Million Dollar Baby. It was the best way for me to start. I also starred in a drama series The Mother Sacrifice for Sony Pictures Channel. Then on Amazon, in the series Vamp Bikes, where I played Queen Fellini, a psychedelic queen.

In the past few years, has there been an actor or actress that you have enjoyed working with most? And if so, on which film?

It has been such a pleasure to meet and work with many great artists! They have charismatic personalities and, at the same time, they are very talented as actors or directors; they are very generous, too.

I was very lucky to start my cinema career with an accomplished director like Peter Bogdanovich! I feel very blessed to start with him in the film The Cat’s Meow. He is a unique director, and his knowledge led me to achieve great performance! He was my inspiration to do impersonations of Bette Davis and Joan Crawford when I saw him one night at the Santa Barbara film festival doing an amazing impersonation of them!

After that, I was honored to work with Faye Dunaway in the drama action film American Connection. It was an unbelievable collaboration, and I feel very lucky. She is a living legend and very generous on set, and she is a very attractive woman. When I wasn’t acting, I carefully watched her performance and learned a lot.

When I worked with Laine Kazan and Renee Taylor for the comedy film Tango Shalom, I had a great time on set. We shared a lot of laughter during filming. I am truly thankful; I learned a lot of new things about comedy. Renee and Laine play their roles so masterfully! Renee gave me valuable advice about life, and very often, I asked her opinion about things in my life. When I was in NY doing stand-up comedy, I saw Renee three times on Broadway in the play, My Life on a Diet; it was a true lesson in acting for young comedians. Working with such amazing actors and directors has helped me become not only a better actress, but also a better person!

You have a successful career. When did being a stand-up comedian become an obsession? Is there one venue where you enjoyed doing stand-up the most?

I started my stand-up comedy career at the New York Comedy Club, which was my first show. It was Halloween and I went on stage as Lucille Ball and wrote a monologue about her. The audience’s reaction was very enthusiastic. That night, my manager Mark Pritcher discovered me and asked me to come to LA. Since then, I frequently do stand-up shows in many different comedy clubs.

I am also a theatrical actress; I have done a lot of classical theater before, including The Odd Couple by Neil Simon, Uncle Vanya by Chekhov, etc. I love to smell the wood of the stage and to have contact with the audience, especially through stand up. Last year alone, I locked in at least 200 shows. I have a strong passion for comedy, and I am a workaholic. I established a stand-up career at various comedy clubs that I perform as a regular. I love the Comedy Store and Laugh Factory in LA, and the New York Comedy Club, Caroline’s, and Gotham in New York.

You won two Best Stand-Up Comedian awards. You are truly a chameleon, transforming yourself on stage into many celebrities. How many have you done already, and who is your favorite personality to impersonate?

For each character, I love the preparation of make-up, voice, and style work. I enjoyed writing the lines or monologues for each. When I show up on stage at the comedy clubs as Lucy, Judge Judy, Ozzy, or Vergara, the audience goes crazy with laughter. Once I did Judge Judy, whom I had only just discovered that morning. That same day, I went out to get her wig, and later that same evening, I was playing her at the club for the first time without writing a monologue; I just improvised it. My manager was very happy, and we cried from laughter.

You won the award for 2020 Woman of the Year. Where and when did you receive it?

I received this award in Los Angeles in March 2020 on behalf of the State of California. It was an honor for me to be recognized for my humanitarian work and activism. For many years I have been a member of Amnesty International, helping refugees around the world. The award was also for my work as a member of PATH (People Assisting The Homeless), and for my help with children with autism at the LA Children Hospital. I am very sensitive to people suffering from different causes. I would like all humans to be peaceful, healthy, and happy. On the same day, I received an ASSEMBLY Certificate of Recognition from the Legislature of California for my hard work and dedication to the advancement of women of the 46th District.

What goals are you setting for yourself after the pandemic is over?

Once the virus calms down, I have the honor to continue my collaboration with the members of the legendary band Pink Floyd doing new concerts and other big musicians who come as guests. In two weeks, I will start shooting for a film about the love affair between Liz Taylor and Richard Burton which is a British production. I will have the pleasure to work with the amazing director Paul Wiffen and the talented Welsh actor Ed Ward, who will play Burton’s character. I feel very enthusiastic because it is one of the most exciting love stories ever. I feel thrilled that I have an opportunity to play Liz Taylor’s character.

After that, I have the honor to play in a biographical film about Lucille Ball. I cannot explain my happiness with this development since I always admired Lucy as the best comedy actress in the world. She was the reason that I became a comedian. I spent many hours studying her career and her life. For now, the production team will not allow me to give more details for this film yet.

During this pandemic-forced quarantine, I just finished writing two new books. One is about a specific dialect, and the other is about astronomy (space traveling, parallel universe, space-time, etc). Also, I am a nominee for the Best Actress Award for the comedy film Light Touch at the Maverick Film Festival. If all goes well, the festival can take place soon, and I will be able to attend. 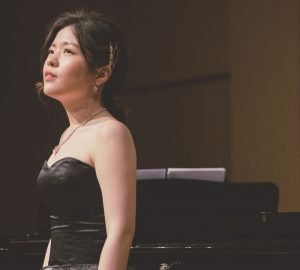 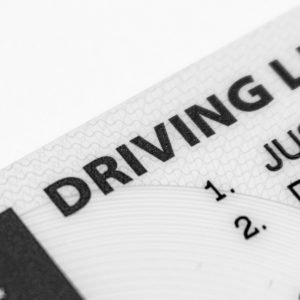 Digital Driver's Licenses and IDs in America – What are the Implications of this Potential Change?

Listen to this article now In the last few years, there has been a growing push for digital identification in...