It takes a lot of desire and determination to build a name in the entertainment industry, especially when you come from a different country. This would be the case for Taiwanese import, Zoey Zo. As a young girl, she was always surrounded by the arts and was focused on making that a part of her life. Surprisingly, Zoey came from a family where no one was artistically inclined, so she stood out.

She earned her BFAs at the National Taiwan Normal University from Music Department and Performing Arts. Being trained in the classical field almost her whole life, she always felt there was a bigger dream she could pursue. She found her passion and then made the move to New York when she realized that was the best way to advance her goals. She would go ahead and complete her studies at The American Musical and Dramatic Academy. One of the best schools in this industry, where she studied musical theatre, acting, voice, and dance. It was only a matter of time before she would showcase her talents.

It is also important to note that Zoey is an opera singer, which is common in her native land. Her classical opera singing skills were displayed when she was invited to Italy to perform at Brancaleoni International Music Festival for the Opera Puccini: Suor Angelica in the role of Le Cercatrici and as a soloist for Meng-Chun Tsou Vocal Recital which took place at National Taiwan University Concert Hall.

In opera land, it’s challenging to find an actor to display young characters. One not only requires an advanced vocal technique but also decent acting skills to perfect the role. That’s exactly where Zoey steps in, with her appearance, voice, and acting skill to perfectly interpret the role she did in Bald and Cherubino in Opera highlight: Mozart’s Opera and Two Worlds, in which she played the role of Oscar.

Zoey would debut her first performance at the Long Island Children’s Museum with one musical “My Butterfly” playing the main character Shai and the play “Lyle the Crocodile” where she was part of a comedy duo.  Recently, she played the part of Christmas Eve at the Studio Theatre of Long Island in the musical “Avenue Q”– which won three awards in the 2014 Tony Award. She admits it was a challenging role to play and she welcomed the opportunity.

Zoey also took part in a concert at the Edison Ball Room for The 2021 Oscar Hammerstein Award Gala. It was a huge honor for her to be a part of such a star-studded event. Now Zoey is working hard to build on her recent success and is open to showcasing her talents on new projects in 2023.

All about the “Proof Of Labour” Or “Proof Of Stake”? 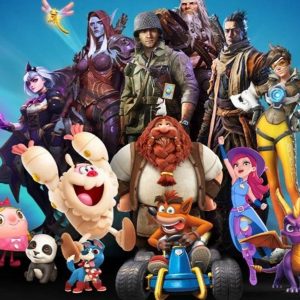 The virus outbreak was a blessing for video game makers.

Listen to this article now Sales of video games increased dramatically during the virus outbreak, and it makes a lot...