This January was the beginning of the year of reflection, recovery, and something that would be new, which would be dealing with the symptoms of being “burned-out.”. From the beginning of my being on this planet, I was diagnosed with epilepsy, so you can only imagine the adventure of everyday medication schedules, doctors’ appointments, surgeries, and social differences. The older I got and the more I had more experience as a woman more difficulties came my way. Starting at twenty-one, I was diagnosed with anxiety and depression due to social and emotional problems. Well, entering adulthood was nothing I was exposed to or explained; I didn’t even get a manual.

Well, it’s January, and I’m entering my mid-junior year as a university student at the University of Central. I’m close to the finish line, but many things are stressful on my end: knowing that I have only one parent who continuously is investing in my education, money is a lot, and as a starving student, it’s beyond stressful, and I’m more aged, and my life hasn’t started, and I’m dry humping my 30’s my adventure hasn’t begun, and it’s becoming uncomfortable and yes, living with epilepsy and having flair ups due to lack of sleep, stress, new medication and simply,  neglecting myself has affected me, and of course, me developing being burned out and didn’t even know there was a name I figured I was just exhausted well it’s more than that.

I became too exhausted to sleep, which seeded to be done and successful due to my epilepsy; I became too tired to have full meals. Which dangerously had lost weight overall; all the negative things of being burned out have placed me in a dangerous circle that had no end. Bringing a student abroad, missing my family and friends, and wondering if my pathway of mid success was meaningful and, well, did it make any sense. With the heavyset amount of anxiety, worry, emotional distress, and educational expectation, I felt stripped of myself and what I could do. Even with limitations and questioning my value, I’m losing my identity, which has become too painful and exhausting.

With my dream and already having an established start as a writer, I wanted and drove for more, placing myself in a dangerous adventure and sacrificing my health, especially my education. As months went by and my unbalanced experience of being burned out continued, I was given or forced to stop writing together. I’ve never felt so lost and filled with pain, especially when passion filled with opportunity and happiness was about to be taken from me due to my health which doesn’t have a cure, and understanding that I might not wake up due to my sacrifice and stress level.

But I digress. I’m working on it.

Once I heard and skimmed through what “burnout out” meant, I wanted to know more, so, of course, Google gave all the answers well, it had stated. The experience of burnout can be ferociously acute depression, which influences float in a cloud of despair, fog exhausted and on autopilot. It’s a growing combination of exhaustion that will continue to rise when someone cares so much regarding a cause within a system that doesn’t seem to watch back. But no longer the same and needed Energy to commit to that care, the burnout results in an extensional crisis that explains that maybe effector I pointless. During the remainder of this semester, I hoped to recover both my seizure major episode and my anxiety and depression growth. At the same time, I tried to cage myself in nature of doing this during a time of trying to breathe air and becoming a successful university graduate and writer; I found myself also being a part of significant financial and the nerve of me crying just of exhaustion which has never occurred before.

We understand that no part of any career should ever consume our everyday lives during this adventure, educational and even upcoming career opportunities. Burnout turns into flare-ups that affect both my very own mental experience and physical health. Especially someone like myself, who’s a woman, a woman of color, and a woman with a neurological disorder. As an individual with dreams and drive, I have no choice but to push myself ten times as hard more than everyone else I have encountered, which can be extremely mentally exhausting.

But I guess you can say that change is incremental, but sometimes it very much has a quickly done than said. Especially when you’re trying to do four things:

Secondly, be healthy both neurologically and mentally

Three: Finally, be comfortable in the category of “adulthood.”

And finally, living out my dream of being a writer on a comfortable and healthier pathway.

As I always say: everything is in moderation … right?

NYSE Warned Bird For Its “Not In Compliance” Share Price

Amanda Miller is a Toronto, ON-based soon-to-be graduate with a BA and AA in English. She now has two years of freelance writing and three years of blogging writing. Each publication opportunity she has achieved over a small amount of time, she has had an intense and fruitful dream of her becoming a substantial and out-of-this-world writer, especially with her articles and the following subjects by research and reviewing stories and individuals about well-being, mental health, music, and well of the above. Her natural, hands-on, and shared boldness has continued, and she is even on the verge of fulfilling her dream. Her bylines can be in Sheen Magazine, Femi Magazine, Unwritten, SpokenBlackGirl, and many more, and yes, more to come as well.. 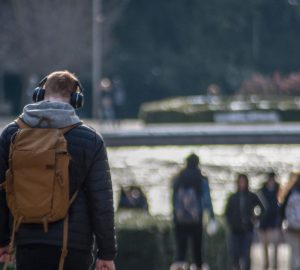 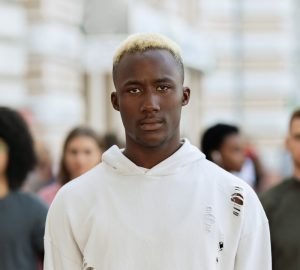 We know you’re sick of the hype certain streetwear brands build themselves on. We’re not going to name names, but...